A Special Week with the People Inside

Hey Lily, hey 9, this week is a special week!

What, you didn’t notice that I wore your black knit miniskirt when I sent downtown for my hair appointment and the last gasps of Christmas shopping?

Don’t stretch it out.

Don’t worry, because believe it or not, we’re the same size. 9, did you notice anything special about today?

Uhm, no, not really.

What? You didn’t notice that, like an idiot, I stayed in the pool at the YMCA for an hour instead of my usual 40 minutes and swam 1,500 meters instead of 1,000?

Oh, that. What I really notice is, you’re kind of tired and your muscles ache.

The price of overdoing when the mood strikes! Actually, I’ve been sneaking up on 1,500 meters. I did 1,300 on Tuesday, six more laps than usual. Today was my “personal best” for distance at the Y and I feel stupidly pleased with myself.

The holiday season can be stressful. If you’re like me, most of the people you exchange Christmas gifts with live hundreds of miles away. This week is special in that the last day to mail packages through the post office for retail ground and first class is December 17. Though the post office is open Saturday the 17th from 10A-2 P, my goal is to get the last parcel sent off Friday, December 16!

How are you doing?

Nearly there, Lily, and thanks for asking. The very last task is baking dog biscuits (shhhh, don’t tell the dogs on my list!). They are cooling on the rack this very moment (full disclosure: it’s Thursday night). Then I’ll pop ‘em in a ziplock bag labeled “Dogs,” slip that into the last outbound box and seal it all up.

Two other special items from this week:

The annual antifreeze tango. Though checking antifreeze is a simple operation and I have the correct type for my Subaru on hand, I procrastinate like crazy until a severe cold weather forecast appears on the horizon. From year to year I never quite remember how it’s done, which means extracting the manual from the glove box and retraining. I sent a complaining email to a friend about this. He responded with a video he’d made to walk me through the process.

The main difference between him and me? It took him 43 seconds to make the video; it took me 15 minutes to remember that antifreeze is also called coolant, the only way it is referred to in the manual.

But you did get it done?

Yes, Lily, and a good thing, too, because it was below the “low” mark in the reservoir. We are more than ready for tonight’s forecast low of 19 F. Well, the Subaru is, anyway.

The other special thing this week is what I describe as a “Seinfeld” moment, in honor of the TV sitcom wherein seemingly insignificant events are catapulted to dramatic heights.

I’ve had this irritated patch of skin just under my right nostril for a few days, have been cleaning it morning and night and applying triple antibiotic cream which seems to be helping. This morning, a bump at one end of it weeped a bit of fluid- –

I will be so embarrassed if you post a picture of that.

Who knows better how to take care of these kinds of things than a mom? The person who does my hair (for the past 15 years) is a mom, and since I had an appointment with her today I asked her opinion.

I pointed to the spot.

“I’m not,” I said, nearly truthfully.

Me in a vulnerable position, my head tilted back in the shampoo sink, she started her interrogation. Was the spot painful? Did I have a headache? No, I assured her, and told  her I’ve had the 2-part shingles vaccine. Tentative in her own diagnosis, she called over the salon owner, who is also a mom and knows a lot about skin.

The owner peered down at the offending spot from several feet away, then returned to her work station for her magnifiers. “Nothing deadly,” she said upon reexamination. “Maybe you should get it checked, though. You don’t want it to spread.”

Something at the door drew my stylist’s attention. “Look!” she said. “The doctor’s here. Let’s ask her.”

Like me, the doctor is a salon client and had arrived for her own appointment.

“Come look at this,” the salon owner said to the doctor.

To my amazement, the doctor put on her readers, laughing as she did so, and looked at the thing on my face.

“Nothing life-threatening.” I mentioned I’d been applying triple antibiotic cream. “Could be bacterial,” she said. “Could be viral.”

In summary, my simple inquiry garnered the opinions of not only two moms, but also a doctor who may also be a mom.

If that isn’t special, what is? 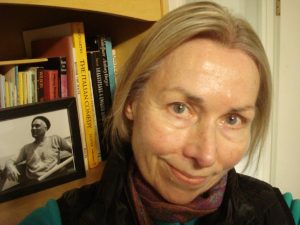 For those of you following the book giveaway CONTEST, the Hoosegow-selected winner is (drum roll, please!) Margo Metegrano! Margo will receive signed copies of Small-g City, Big-G City, and Beyond Big-G City!! 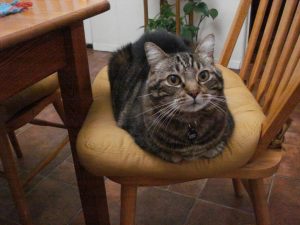 The result is in! Special contest judge Hoosegow Matley.

As it happens, none of the entries were correct. The cover art for Crisis in Big-G City will feature (another drum roll, please!) Poseidon, God of the Sea, and P. B., two-month-old baby of goddess Monique Reynard (a daughter of Aphrodite) and two fathers (the inventor god Hermes and an evil force known as The Power). What are these two amazing dudes doing together? You’ll find out in Crisis in Big-G City, planned for release in January, 2023!!

The cover art (by Lee Kuruganti who also created the artwork for the first three books) is still in process. Stay tuned to this website for the pre-publication preview. . .which is sure to be. . .special!