Blog 365 and the People Inside 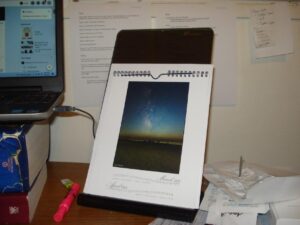 Can it really be seven years ago that I started this blog? A weekly blog, mind you, with only two “misses” during that entire span. This is really, truly Blog 365.

One for every day of the year.

If one chose to go through that exercise, Lily, we could certainly oblige. You came on some time in 2019 and 9 joined us the next year- –

Exactly. It was the day state parks opened up after initial COVID-19 closures. We were rather daring and visited two of these, one in another county (which a friend later told me was NOT what we were supposed to do), plus the Lewis & Clark metal sculpture installation a couple miles east of Dayton (also in another county- -shocking!).

No wonder you’re having a hard time thinking of something to write about.

Shhhh, Lily, not so loud! It’s not the 365 so much. It’s a combination of springtime, a sunny 73-degree day, a lovely chamber music concert last night, being up a bit late to finish reading a Liane Moriarty book (she’s a genius with human nature and also very funny). I’m experiencing an odd interval of, well, living in the present. Kind of exciting! Kind of distracting. . .

I’ve written about pets several times in 365 blogs. Joys and sorrows. Right now we’re doing a bit of both, with Friday newly comfortable in a regimen of B-12 and steroid injections. Hoosegow has taken to his warmer weather pursuit of jumping the fence before sunrise and demanding entry at the front door when I am settling in with my first cup of coffee. The sun is coming up earlier every day. I have zero argument with that!

There’s a bunch of stuff on the horizon- -rehearsals and performances for Living History at Fort Walla Walla Museum, various concerts and lectures I plan to attend, friends visiting in May. I’ll be seeing a friend I met through my very first post-college job for the first time in something like 35 years! That’s a much longer interval than 365 weekly blogs.

Not long ago I read the book Four Thousand Weeks: Time Management for Mortals (Oliver Burkeman © 2021). The lesson therein is that humans, on average, have four thousand weeks of life, just shy of 77 years, and that our lives are measured in time. We don’t spend time because we are time. Every moment of our lives is part of a cosmic count-down, a finite quantity running out like sands in an hour-glass. I am just now passing the seven-year mark as a blogger. It makes me want to say Ackkkkkkk!

Why? It’s not like you’ve been blogging every minute for seven years.

Yeah, you do lots of other stuff.

So stop freaking out.

Okay, okay you two. Sheesh! Numbers do freak me out sometimes, but I frequently assign them to things that have happened in my life. Such as, I’ve been engaged four times, married three times, divorced twice and widowed once. Maybe numbers make me feel like I’m in control? A complete and total illusion, obviously, since my inner fourteen-year-old and inner nine-year-old hijack the blog every week.

Face it, you’re better off with us than without us. I chimed in somewhere around the 200-blog mark.

You don’t know how good you have it!

Actually, I do, Lily. It’s because of you two that I permit myself to get distracted more often and enjoy life more these days.

I’ll probably always be a chronic counter. I count calories to make sure I eat enough. I keep a running count of blog numbers because- -I don’t know why, I just do it. And, wow, Blog 365! If I enjoyed drinking champagne before 7 AM I’d pop the cork now.

See, I was a counter even back then.

I’m not much for religious lingo, but there’s wisdom to counting, or, at least, acknowledging the blessings in life. Milestones are things to achieve and pass. It’s the stuff that goes on before, during and after that really counts. 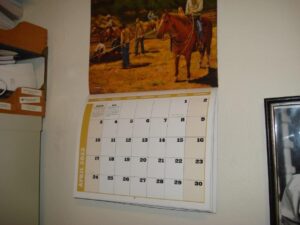