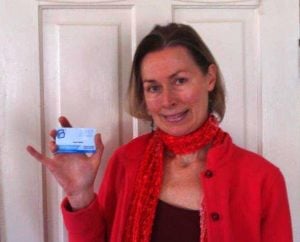 I’m a card carrying member of Planned Parenthood. According to my membership card I’ve been one since 2003, but I’ve supported the organization for longer than that. Here’s my story.

In December 1978 I was a new bride. My (then) husband, a journeyman in his trade, had health insurance coverage through his union. He considered it a waste of money to add me to his policy.

I was nineteen years old, a full-time college student without my own financial resources. Planned Parenthood was my best option. There I received my annual exam. There I was able to obtain contraceptive supplies. There I was able to pay on a sliding scale. There I was treated with kindness and respect. This experience was uniform in Walla Walla, Kenmore, Port Townsend and Seattle.

Many women, especially young women without much money, have received health care services from Planned Parenthood. If you doubt this, ask your female friends. For those who cannot pay for services, Congress has historically authorized reimbursement payments for specific health care screenings. The current Congress, particularly the House of Representatives, is foaming at the mouth to cut off these reimbursements for their own political benefit. House Speaker Ryan refused to meet with a Planned Parenthood delegation earlier this year when they arrived in Washington D. C. to deliver a petition with tens of thousands of signatures. Not only that, he sent out security guards to turn them away.

Perhaps, like me, you are a card-carrying member of Planned Parenthood. Maybe you belong to the ACLU or the NRA. If so, you believe your membership and contributions are filling a need. So do I. Since the 2016 election I’ve made a vow to send Planned Parenthood some level of contribution every time they send me a request. That’s how important I believe this organization is in providing health care services, especially to women in need.

If current trends hold, more and more US citizens will be marginalized by grandstanding political policies. There are too many “I believe” policies in the making that are not based on evidence, that blatantly deride the findings of science and economic analysis. Have you noticed the poor are getting poorer and the rich are getting richer? Do you really want to see a voucher system for education, create an environment where the needs of shareholders in for-profit schools compete with the needs of students?

The Congressional majority seems to be in a mad race to make America less civilized. I don’t agree with this direction in any sector- -health care, education, environment, civil rights. The Executive branch seems determined to privatize or outright dismember some of our most valued institutions. We The People can’t buy insurance to protect ourselves from an era of renewed power mongering and greed.

All we can do is speak up and speak out.