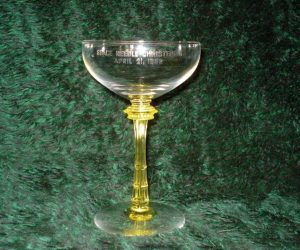 Today an event both happy and significant is occurring, the official release of my sci-fi novella, Small-g City, from WolfSinger Publications. For the first time my work is published in book length!

It’s been a long and interesting path, starting with a sale to True Love magazine in 1996 (“I Saw Him Kissing Another Man’s Wife” under pen name Lily Dennis). For the next four years I tried to catch on in romance writing and failed dismally. I started writing short stories, many of which had a common theme that my critique group dubbed “Kill the Evil Boyfriend.” Nothing sold until 2007, when I haphazardly won a poetry contest at now-defunct webzine From The Asylum and had a short story, “Matriarch’s Privilege,” accepted at THEMA Literary Journal. Seven more short stories sold over the next few years, one of them from the “Kill the Evil Boyfriend” series. The time seemed right to try a book-length project. I picked up a story I’d been fiddling with off and on. The result was Small-g City.

The market for novellas is limited (though improving, which I believe has something to do with the introduction of e-books). I was extremely lucky to find independent micro-press WolfSinger Publications (www.wolfsingerpubs.com) as a possible home for my book, and luckier still that publisher/editor Carol Hightshoe selected Small-g City for the 2015 publication cycle.

And now, time to celebrate! Today’s visual feature dates from the 1962 Seattle World’s Fair. Mom found a pair of commemorative champagne glasses from the christening of the Space Needle at a yard sale and gave them to me on my 30th birthday. They’ve seen some use in the intervening years but tonight will be special. We’ll toast David, Veronica, Jim, Candy, Zeus, Hera, Ralph and, given the design of the stem, especially Clifford. Read the book and you’ll know why (hint: he’s on the cover).

The “Events” page at my website will at last be seeing some action as I pick up readings and book signings on both sides of Washington State. Thanks for sticking with me and reading the blog. I’ll return to topics more diverse than “MY BOOK!!!” next week. Oh, and if you’d like to purchase a copy of Small-g City, here’s the link: