Change on Every Front Part Three: the Life After and the Afterlife 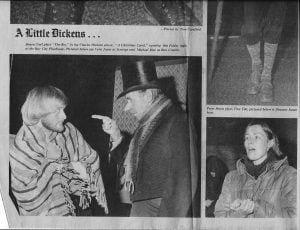 We knew our horse, Wally, was destined for a new home. At our place, he was a big, lovable presence, more or less a thousand-pound dog. His existence here was comfortable, but we knew it wasn’t the best for him. What he needed was the company of other horses and, hopefully, someone to ride him.

How fortunate for us, and for Wally, that we found a local woman who works with horses and pairs them up with kids who ride. Still, it was wrenching to see him go.

That was on Sunday. Today, Thursday, we visited him at his current digs. He’s with three other geldings, one of whom has become his inseparable pal. Wally would not be tempted by carrots, his favorite snack a few short days ago. He recognized us, but, unlike last week in our pasture, he wouldn’t let us near. I could almost hear him say, “Look, you guys, thanks for rescuing me four years ago and for the hay and treats and stuff, but I’m busy!”

Hats off to Wally and his “Life After Us.” Poor old “Us” are feeling pretty dejected, but we’re also happy that he’s living a true horse’s life, the way we always hoped he would.

That’s the big goodbye that started the week. Saturday, I formally say farewell to Vernon W. Jones, the last of the uncles and aunts who filled my childhood years and beyond.

Who knew his middle initial stood for ‘Wesley’? I sure didn’t. And yet, my generation of the family (me, my sister and two cousins) grew up in the same small town and spent a lot of time with aunts, uncles and grandparents. The whole family got together for birthdays and holidays. I was always glad to see Uncle Vern because he smiled a lot and had a joke (or ten) to share. Sometimes he’d leave a family dinner early to make rehearsal at the Key City Playhouse, Port Townsend’s community theatre.

When we were little our parents took us to see Uncle Vern as Elwood P. Dowd in “Harvey,” Mary Chase’s Pulitzer award-winning play (you might remember James Stewart in that role in the 1950 movie version). Elwood P. Dowd’s unseen (and presumably, imaginary) friend is a six-foot, three-and-one-half-inch rabbit named Harvey, a type of shape-shifter known as a Pooka. The show enchanted me and I later followed in Vern’s footsteps. In 1976, we played opposite each other as heroine and villain in a melodrama, “The Curse of an Aching Heart.” Uncle or no uncle, when the climactic scene arrived and he was threatening my life, he was truly frightening!

Later, he directed me in “6 Rms Riv Vu” (by Bob Randall) and “Hot L Baltimore,” Lanford Wilson’s play set in a rundown hotel inhabited, notably, by hookers. Yes, I played one of them, and I’m sure it was a challenge for Vern to coach me to “act more whore-like” when he was giving the cast review notes at the end of rehearsal.

In 1980 I was chosen to direct the Key City Players first production of “A Christmas Carol.” Vern shone as Ebenezer Scrooge. His portrayal of the sour misanthrope was credible, his transformation and repentance sublime. The playhouse was small (90-seats). Near the end of the play, the reformed Scrooge shook hands with front row audience members while exuberantly wishing them a Merry Christmas. Most nights I watched the play from the back row, but at one performance only front row seats were available. With a director’s eye I watched intently and was riveted by the time Scrooge awoke from his night with the spirits, redeemed. Spellbound to the point of forgetting what came next, I nearly jumped out of my front row seat when Scrooge dashed for me, took my by the shoulders and planted a smooch on my cheek!

Scrooge became Vern’s signature role. It’s a good way to remember him, as someone who faced the end of his life filled with love and good cheer for those around him.

Next week: No more change! But I have a word or two to share about my good friend, Catherine McNabb, and her friends at Radio KPTZ.