Choosing a Title with the People Inside 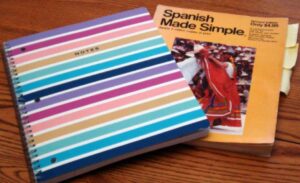 How about this for a Title? Brief and to the point. . .

The life of a writer is filled with many challenges. Every so often I am invited to give a presentation about writing. I joyfully tackle preparing for this type of event- -developing and rehearsing a script, designing handouts, etc.- -except for one requirement that trips me up every time: choosing a title.

That doesn’t sound hard. Just describe what you’re going to talk about.

Easily done in long form, Lily. But boiling down a forty-five to ninety minute presentation to a one-liner isn’t that simple, for me anyway. How do you convey the fun and nuance of a topic when constrained by severely limited word length? One source of online guidance recommends six to thirteen words for webinar titles. Though the talk I’m giving will be live, I suspect the webinar model is still relevant.

What will you talk about?

About writing in general, 9, plus my own writing process and the kinds of things I write- -my fantasy/mythology series in particular. It’s part a year-long series celebrating the fiftieth anniversary of Walla Walla Rural Libraries. My presentation is November 5th, 2022.

Not so, Lily. The series begins in January and the publicity for the series will launch before then.

Do you have any title ideas?

I jotted a couple in my journal today. How about:

The first one might play well to math geeks, but. . .

See what I mean? FYI, 9, one online dictionary defines pantheon as “all the gods of a people or religion, collectively.” And I get what you’re saying about math geeks, Lily, plus the equation format is too cute by half. 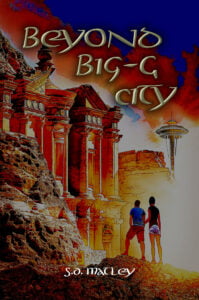 The kind of Title I come up with when left unsupervised. . .

The point of my yet-to-be-written presentation (as I have a few other things to take care of between now and November, 2022), aside from talking about writing craft and my own process, is to illustrate that characters from myth and legend are enduring reflections of our own human experience. We can see ourselves in the struggles of Zeus, Hera, Aphrodite, and Ralph (for you Small, Big and Beyond Big-G City fans, I can see you out there!), and in classics such as the Arthurian legends. Love, heartbreak, honor, deception- -it’s all in there because it’s all in us.

Your second title is better. The word-play is fun and reflects the Bugs Bunny element of your Brand.

Excellent point, Lily. But is it good enough?

It’s like playing softball. Sometimes you just have to try it and see if it works.

I remember us playing softball, 9. We were best at heckling.

Coming up with titles is tricky for someone like me who writes a lot and talks a lot. Whatever I’m going to call the presentation is orbiting in my head with possible Twitter handles (see last week’s blog about Branding).

Yes, I’m still dragging my heels about signing up for Twitter, even though that’s were editors, agents and publishers hang out, as well as readers, writers, reviewers and influencers. I resist the distillation process, wholeheartedly agreeing with (allegedly) Aristotle that the whole is greater than the sum of its parts. Abbreviated communications like Twitter and texting, not to mention the teeny tiny keypad on my iPhone, make me crazy!

Let’s try this: use your “Myth-Taken Identities” title and see what happens.

It probably is, 9. And there are several more items I need to pull together for the publicity campaign- -bio, synopsis, photo, etc. Working through this exercise is giving me ideas for a Twitter handle, too- -the word “myth” should be a component.

Time to get back to work. I’ll myth you all until next time.