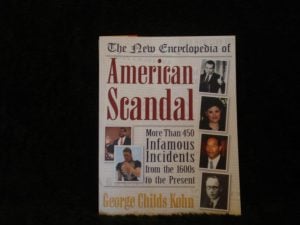 Of the many disturbing aspects of the recent US presidential election, to me one of the most upsetting is the failure of nearly half of the electorate to exercise their right to vote. I’ve wondered out loud about this phenomenon, only to be told that poor voter turnout is business as usual for Americans.

It seems almost fifty percent of us can’t be bothered. Never mind that people have fought (and sometimes died) to secure voting rights for us all. Here’s a quick history of American voting rights:

In the early days of our nation, most states only allowed white male property owners to vote.

By 1856, progress had been made in that all white male citizens were allowed to vote, regardless of property ownership.

The 15th Amendment to the Constitution (1870) extended the franchise to non-white males.

Women gained the right to vote under the 19th Amendment in 1920.

Poll taxes were abolished in 1964 under the 24th Amendment.

The 26th Amendment in 1971 gave voting rights to those aged eighteen years or older. I was eleven when it happened and remember the protests leading up to this extension of voting rights. If you weren’t around at the time, I’ll fill you in. People who met the minimum age requirement for the military draft believed they should also have the right to vote on the laws and elected officials that could send them to Vietnam.

In a recent article “None of the Above” by Caleb Crain (The New Yorker, November 7, 2016) I was shocked to read that, among other horrors, approximately a third of American voters can’t name even one of the three branches of the United States government. That same proportion think that “From each according to his ability, to each according to his need” is part of the Constitution (nope, it’s a Marxist slogan). Fewer than a quarter know who their senators are; only half know that their state has two of them.

Civics is defined as “a social science dealing with the rights and duties of citizens” (Merriam-Webster Dictionary © 1974). We Americans are characteristically vocal about asserting our rights, but not so hot on the duty of voting. Crain’s article makes me wonder if part of the problem is civics ignorance. Have we failed on an unbelievable scale to teach our citizens about the various forms of government and how ours is supposed to function? In my own high school days we were required to study US history junior year and contemporary world problems as seniors. I doubt these standards have been chucked from the public school system (if I’m wrong about this, please tell me).

Is it possible that we’ve all learned about our bicameral legislative system at some point but that few can now describe the differences between the House of Representatives and the Senate? Is it some sort of national amnesia? Any takers for apathy? Are we too frustrated or skeptical or scared to take the time and trouble to vote?

That, I believe, is where the problem lies. Many people have expressed their frustration with the lack of appealing candidates, their suspicion that the vote is rigged, their fear that they’ll be attacked at the polling place, their belief that even if they did vote it wouldn’t count. Here are some suggested strategies to overcome these fears and objections:

If you don’t like the candidates, put some time and effort into identifying, recruiting and supporting better ones.

If you think the system is rigged, educate yourself on the various methods of voting and state requirements and get active in promoting change.

If you’re afraid to go to the polls, take your friends with you.

Your vote does count. Plenty of statistics have indicated that a minor increase in voter participation this election cycle would have resulted in a different outcome. I’m sure a small percentage of registered voters who didn’t vote had reasons anyone would consider valid (like emergency surgery on election day), but nearly fifty percent of us? Come on!

It’s time for We the People to metaphorically eat our vegetables. If you know someone who didn’t vote, tell them why YOU did. If you didn’t vote, discuss your reasons with people who did and maybe you’ll reconsider next time. If you don’t remember what the three branches of the US Federal Government are, look them up! It’s a simple matter in the era of the Internet.

In fact, I’ll sweeten the pot. If you send me an e-mail or Facebook message naming the three branches of the US Federal government I’ll (wait for it!) enter your name in a drawing for five copies of Nevada Slim & Cimarron Sue’s Christmas CD, Christmas Shoppin’ at the General Store, for your listening and giving pleasure. Entries will be accepted through November 30, 2016. The best part about my drawings: winning entries are selected by cat.

And in regard to voting, come on, America, if a cat can be part of selecting a winner, so can you!