Courage and the People Inside 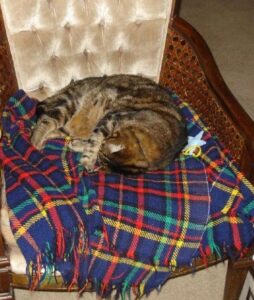 July, the month of patriotism in America. Or these days, maybe not. Patriotism, in my view, requires courage. Lately there’s been precious little of this coming out of the branch of our federal government known as the Supreme Court.

But I digress. Today I am thinking of actual courage, the kind employed by those who overcome scary obstacles. I am talking about Hoosegow.

More on that later. First, a question for the People Inside: What’s the most courageous thing you’ve ever done?

The last time we were Trick-or-Treating some mean high school boys jumped out of their car and kicked a hole in Cousin David’s candy bag and he started crying. I was wearing a Japanese lady costume, so I ran at the mean boys and yelled “I know karate!” They got in their car and took off, the chickens.

Wow, 9, what an impressive show of courage! How about you, Lily?

Sewing really scares me but I made a sundress to model in the Girls’ Club Mothers Tea and Fashion Show. It came out kind of lumpy, but I crocheted a shawl that covered most of it. I’m pretty good at that. Crocheting, I mean.

Taking on something you’re afraid of is commendable, Lily. In your case, you had choice in the matter. In Hoosegow’s recent challenge, though, the decision was made for him.

I worried about being away for a week so close to when Friday died. Hoosegow and I were just starting to find our balance as a one woman, one cat household. He has a fabulous sitter who is more than equal to every challenge a dog or cat can throw at her, but still. . .

Though I never check in with the sitter until the day I return, I called her the second day I was away, not only because our family circumstances had so recently changed but because there are two households in my neighborhood that go crazy with fireworks at this time of year. There were thunder storms in the Walla Walla weather forecast, too. Phyllis, the sitter, reassured me that, although Hoosegow had charged indoors and down into the basement when the alarming outdoor noises began, he was safe. Sometimes the better part of courage is seeking shelter.

I thought no more of it, and was very pleased to see him trotting toward me from the back yard when I got home yesterday evening. My, how he talked! We were way behind on petting and brushing. After several minutes of correcting this situation I started unloading the car- -without feline approval and I certainly heard all about it! I made an extra effort to talk to him and pet him as I unpacked suitcases and set up the laptop in its usual place on the desk. After a while he settled down to eat and so did I.

The four hundred mile drive was wearing and I turned in early. So did he. Previously, Hoosegow has joined me at bedtime but he’s kept strictly to sleeping on a folded throw at the foot of the bed. Last night, he made a 180-degree transformation from aloof to adoring. Half a dozen times he stood on my stomach, talking and purring and kneading my tummy, telling me I must never, ever be away for so long again. For the first few hours he kept waking me up to repeat the message and reiterate that he was serious.

We’re settling in this morning. He’s sticking close, and I’m wondering what his reaction will be when I make a grocery run later today. Hopefully he’ll take my brief absence calmly and courageously. Maybe after all of last night’s activity, he’ll be deeply and courageously asleep while I’m gone.

After last night’s activity, I’m dreaming about being deeply and courageously asleep, too. 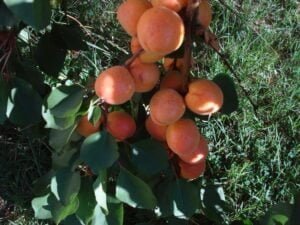