Critics in the Classroom 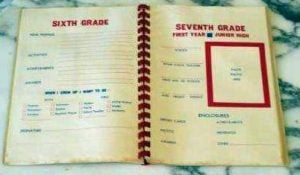 When seventh grade was an empty page. Enter “Critics in the Classroom.”

If you’re reading this blog, chances are like to read in general. When did your love of reading start? Did a family member read to you when you were little and/or was your love of reading kindled in grade school? I was lucky enough to have both experiences. Trips to the school library were eagerly anticipated and book reports were a pleasure. What would it have been like if someone who wrote books for kids had invited my class to read and comment on their novel-in-progress? That’s the heart of my new adventure for 2018: Critics in the Classroom.

The idea grew out of my desire to write a book for middle grade readers (defined by book publishers as ages eight through twelve, though some set the top range as high as fifteen). After mulling possible plots and characters, I settled on the story of a seventh grade girl facing her first semester of junior high. It is an understatement to say it’s been a long time since I was in seventh grade (more on that later). My first thought was to set the story in contemporary times. I planned to get permission from local seventh grade teachers to sit in on their classes as an observer, to update my understanding of seventh grade in all its shining aspects.

Fortunately, an “aha” moment arrived. Setting the story when I was a seventh-grader would lend much more authenticity to the people, settings, current events, technology, etc., without having to second-guess myself about what things are really like today. This decision posed a new question: how would today’s middle grade readers relate to the story of a twelve-year-old in 1971?

By the end of summer I’d contacted some middle grade educators with an idea: would they share my book-in-progress with their reading students and ask the students to comment on it? Two enthusiastic Yes responses came back, with a third pending. I promised my manuscript by early January, 2018, and corresponded with the educators about supplemental materials that would be helpful in the classroom.

Today, the book-in-progress and other documents (information about critiquing a manuscript, a questionnaire-style critique form and notes about life in 1971) are zooming over the internet to a librarian in Washington State and an English teacher in Texas. How will “Critics in the Classroom” work for them and their students? I anticipate we’ll have some back-and-forth as the program unfolds, and I will share milestones as they evolve (maybe in a dedicated page at my website).

What result do I envision? For me, I will learn how contemporary middle grade readers respond to someone their age who grew up in the same era as their grandparents. Are my themes “universal” enough to bridge the generation gap? The students will learn how to critique a manuscript, which I hope will deepen their appreciation for how books are created. Hands-on involvement will, I hope, fire their enthusiasm for both reading and writing. For educators, the project will provide a new means of talking about reading and writing.

The overarching goal, however, is to build the reading and writing community through sharing: building tomorrow’s audience for books. Why do I think this will work? Because I headed a similar project two-plus decades ago in the world of community theater. The board I served on was concerned about filling the seats and building a regular audience. One suggestion that none of us had a passion for was staging a play for children.

I took the bait. In 1995 I directed a one-act version of Alice in Wonderland, using a mixed child and adult cast. It was a lot more fun than I’d imagined it would be, teaching some complete novices and, at the same time, persuading experienced actors to dress up as rabbits and tortoises. In the short term, we sold out most of the ten performances. Twenty-plus years later, I can name not only child cast members who still perform, some of them as professionals, but child audience members ho later became actors as well as theater supporters and enthusiasts.

If you love books, theater, music- -any of the arts- -it’s up to you to fire the enthusiasm of new generations. Someone in your past has given you the gift of reading, writing, whatever art you embrace. There’s no better time to pay it forward.