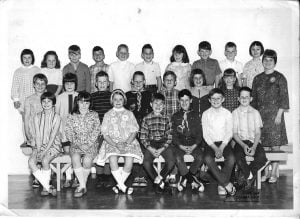 You heard it here first: deciding stuff is hard. That is, if you don’t know where you’re going.

For over a year we’ve been trying to figure out where we want to move. I thought I had it solved when I applied to several MFA Creative Writing programs. Surely one of these highly-competitive programs would take me, for the wisdom and maturity I could contribute. For five months I dared to hope my academic future would tell us where to go. No such luck. I would say “on to Plan B,” but graduate school wasn’t Plan A.

Plan A was moving back to my hometown. Turns out, we’re priced out of that market, plus I rediscovered my severe allergy to cedar. From the inception of that idea to deciding “no” took many trips and six months. Adding in the time it took to segue from Plan A to Plan B, we’ve been at it for approximately 15 months.

Do we have a Plan C? Kind of. We’re starting to make small decisions because the big ones aren’t cooperating. We’ll probably be where we are now in a couple of months, so I dared to make my annual exam appointment in late May. This is fantastic, as I have a great health-care provider and I will miss her when we’re gone. And I’ve booked a hair appointment for the first time since July, 2016. Yes, the indecision has been that bad. I feel like I’ve been holding my breath forever and I’ll bet my husband feels that way, too.  Now he’s got his own Plan C projects to attend to. At last we’ve given ourselves permission to do something and it feels good.

Following this daring theme, I’ve made two more decisions. In June I’m attending a one-day writing workshop with Helen Marshall, a Lecturer of Creative Writing and Publishing at Anglia Ruskin University in Cambridge, England. No, I’m not going to England to do this; she’ll be in Seattle. We write in the same genre, what’s called fantastic fiction or speculative fiction and encompasses science fiction, fantasy and horror. I haven’t taken a writing craft workshop in a long time and am really looking forward to this. In a month or so, I might even know where to book my flight from so I can get there!

The second small decision: I’m going to my 40th high school reunion. This will take place in the expensive hometown which, thank goodness, I can at least afford to visit (especially if I stay with Mom). I’d really like to see my classmates again. They’ve been up to some amazing things- -work, family, fitness, creative projects. Some have retired and moved back to town, some have never left. We were 90+ strong to start with. Time has lowered that number. It feels right to check in with those who remain. Again, I don’t know where this journey will start from, but, wow, I know where it’s going!

What I’ve learned from the past 15 months: don’t be too wary or you’ll freeze with indecision, even about simple stuff.

Details about Plan C, D, E, etc. to be revealed as they unfold.