Entertainment and the Person Inside 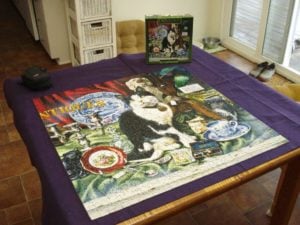 Puzzles: a popular entertainment while THAT THING is happening.

Lily and I are getting burned out on everything being so limited and serious! You, too? Good! Let’s talk about something besides THAT THING that’s dominating all of our lives now and instead turn to the topic of entertainment.

I acknowledge that entertainment will be seen through the lens of the restrictions we’re observing because of THAT THING, but the less said about THAT THING, the better, right?

Right! And you still owe me a session on the cello for Lily Bowl.

Right you are, Lily. I drew “13. Cello!” on Friday, April 3. Given Bowl Game rules, I was supposed to fulfill this activity the day it was drawn. Somehow, I just couldn’t. Yup, I suffered Bowl failure on the very last day of Lily Bowl.

That was a week ago. You haven’t played your cello yet.

This is perfectly consistent with my behavior toward the cello over the past decade. Or two. That’s why Lily chose it.

Because the whole point of Bowl Games is to push yourself to do things that you like to do, but that you don’t do.

Exactly. I am proud to report that yesterday I extracted the cello from the guest room closet. This involved moving two out-of-order floor lamps, cat carriers, etc., which felt like a Bowl activity all by itself. So. The cello, though still in the bag, is leaning against the master bedroom wall. I’m thinking I’ll play some this weekend, when it gets cold for a couple of days. Because today, I just can’t stay inside!

It’s the time of year I really get rolling in the garden. Yesterday I masked up, went to Home Depot and brought home six kale seedlings. On beautiful, sunny yesterday I planted them, too! Kale is hearty and will hold up against a reasonable amount of late-season frost. Something besides THAT THING is growing. Hooray!! 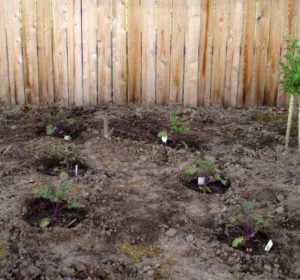 Planting kale isn’t the only way we’re entertaining ourselves these days. Like many, Lily and I embarked on some video calls last weekend. First was a morning session with Mom (such a relief to see her as well as hear her!) with commentary by niece Glenna, who facilitated the call. In the evening I “met” with cousins for cocktails! It was a very social time and gave a fresh nuance to BYOB.

Have you noticed the stuff that other people are doing? Like for birthdays?

We saw a Facebook post last week featuring a “drive by” birthday. The birthday girl parked in a shopping center lot, her car festooned with helium balloons, and waved at a caravan of friends who drove by honking and holding up hand-painted signs wishing her a happy one. People meet for coffee dates in their cars, too, parked side by side, safely distanced, windows rolled down. And of course there’s the (now) usual thing of curbside takeout from local restaurants.

Are upsetting things still happening because of THAT THING? Certainly, including an increasing number of deaths and “positives.” The list of small upsets and losses grows every day- -the weirdness of social distancing at the grocery store, a greatly reduced schedule at the vet’s, businesses we like to patronize closed. And, of course, entertainment proper- -movies, plays, music, dancing, meals out- -all of it held in suspension.

The lack of physical contact with other humans is what gets to me the most.

I know, Lily, but you don’t have a physical body- -at least, not in this dimension. I am starved for something as simple as a pat on the back. Can you even imagine the beauty of a hug?

So what does one do? If you’re lucky, a friend sends you an email that says Meet me under the moon at 10 PM. Brilliant in its simplicity: looking at the same thing at the same time as someone far away helped me realize that I am not alone. And I do have Lily, and Doc, and Friday, and Hoosegow and even crusty old Piebald who, after 9 years as part of the household still won’t let me pet him. But he’s here. 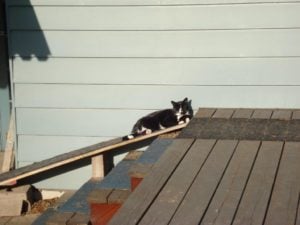 PIebald, entertaining himself in the sun.

I’ve strayed from my topic of entertainment. Like a lot of people I find it difficult to focus with THAT THING going on all around the world. Given what I’ve learned about grief and emotional trauma in the past 16 months this isn’t a surprise. In my previous context, it’s called Widow Fog, a condition where your brain gets overwhelmed by the constant emotional bombardment going on in the background while you’re trying to do normal, everyday things.

So I’ll put it to you: If we’re all getting a little screwed-up by the seen and unseen emotional drain of THAT THING, maybe we should stop trying so hard to do what we think we need to do, what we always do, and take an entertainment break? Work that puzzle, plant that garden- – 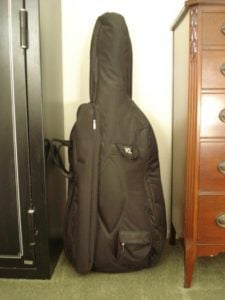 Cello: Entertainment or ear-splitting disaster? Tomorrow we shall see. . .