Fascinating Fraud (and a Contest!) 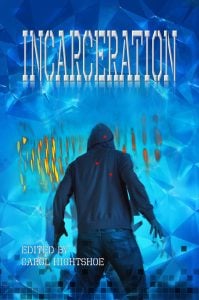 Name your favorite fraudster and enter to win a prize!

I’ve lately come to realize I am fascinated by fraud.

This came to my attention while discharging my continuing education requirements for 2016-2018. As previously confessed, I am a Certified Public Accountant. Though I haven’t worked as such for years, I persist in keeping my license and education credentials up to date, just in case. For example, just in case I have to choose between homelessness and returning to a professional world that doesn’t suit me particularly well.

The education requirements are stiff: 120 credit hours during each 3-year reporting period. I’ll admit it’s a challenge to find topics stimulating enough to keep me awake. But, as with homelessness vs. a return to public accountancy, some choices are more palatable than others. I’ve studied the global economy, the economic rise of China and common sense investing, to name a few. Something that tempts me time and again, however, is a new course on fraud.

In the accounting world, fraud is one of few “sexy” topics. It suggests intrigue rather than number crunching, drama instead of a regurgitation of details concerning the latest version of QuickBooks. My fraud fascination started with a course about Enron in 2009. As a former employee of international accounting firm Deloitte Haskins & Sells I chortled at the downfall of Enron’s auditor, a Deloitte competitor by the name of Arthur Anderson. Yes, this was petty of me, but in my auditing heyday the Arthur Anderson firm was notorious for hiring my natural enemies, macho men. Here’s what Wikipedia says about this glaring case of audit failure:

“Following the 2001 scandal in which energy giant Enron was found to have reported $100bn in revenue through institutional and systematic accounting fraud, Andersen’s performance and alleged complicity as an auditor came under intense scrutiny. . .On June 15, 2002, Andersen was convicted of obstruction of justice for shredding documents related to its audit of Enron, resulting in the Enron scandal. Although the Supreme Court reversed the firm’s conviction, the impact of the scandal combined with the findings of criminal complicity ultimately destroyed the firm.”

In 2012 I studied The Madoff Ponzi Scheme and the SEC. A Ponzi scheme, in case you’ve been asleep your entire life, is a form of fraud in which belief in the success of a nonexistent enterprise is fostered by the payment of quick returns to the first investors from money invested by later investors. In short, a major rip-off for unwary and/or simply greedy investors, unless you’re one of the first to enter the scheme. This is scary stuff, but scarier still was how badly the investigation of Madoff was bumbled by the Securities Exchange Commission (SEC). Why the bumbling? Corruption at the SEC, which is a US Government agency with the purpose of protecting investors from dangerous or illegal financial practices or fraud. Again, my studies garnered a double-whammy of bad guys, both the perpetrator and the agency charged with regulating them. Richard Dreyfuss and Blythe Danner were signed for the mini-series.

My 2015 dose was Financial Statement Fraud, a generic grind that lacked the engaging elements of character-specific good and evil. Last year I romped through Profiling the Fraudster, which was likewise unfettered by naming the players but fascinating in the laundry list of workplace fraudster attributes. Here’s what international accounting firm KPMG found in a 2013-2015 survey of 750 fraudsters in 81 countries:

79% are male, with the proportion of women on the rise at 17% percent (makes me wonder: who are the unidentified 4%?)

65% percent are employed by the company they defraud

Executive or director level positions are held by 35%

38% are employed in the organization for at least six years

Fraudsters describe themselves as well-respected in their organization and are likely to have colluded with others. They are motivated by personal gain (60%) and greed (36%). 27% of all fraudsters do it “because I can.”

Passion. Drama. Underhanded sneakiness. Am I the only one who thinks “Find the Fraudster” would make an incredibly popular reality TV show?

Next up for me is Executive Roadmap to Fraud Prevention and Internal Control. I’m promised this course will give me “tools to stop fraud in its tracks with field-tested, proactive methods.” And of course this will be informational gold for my day job as a novelist. I’ve already dabbled in fraud detection in short fiction. You can see for yourself in the anthology Incarceration (WolfSinger Publications © 2017). “The Auditor” by S. D. Matley (that’s me!) starts on page 117. Print and Kindle formats available here: https://www.amazon.com/Incarceration-Various-Authors/dp/1942450613

Which reminds me: It’s contest time! Send me a message via Facebook or contact me through this website with the name of your favorite fraudster. “Favorite” does not necessarily mean you like or admire this individual, only that they’ve made a lasting impression on you. Your entry will be hand written on a scrap of paper, crumpled into a ball and subjected to the 100% fair and fraud-free method of Winning Entry Selected by Cat. Entries will be accepted through midnight, Pacific Time, August 15, 2018. The prize: an autographed copy of Incarceration!

Good luck, keep your hands clean, and I look forward to hearing from you!