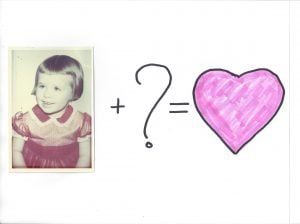 How far back was your first love? For me, it’s more than 5 decades!

Remember your first love? For me, I have to go way, way back to Saturday morning cartoons. I was two or three at the time. Mighty Mouse was definitely the first guy I ever wanted to marry.

It would have been a difficult relationship as, at the time, I identified as a sheepdog. Outside of Mighty Mouse, I’ve never been keen on body builder types. As someone who ultimately ended up “tall for a woman”- -well, you can see where problems would arise.

What was the attraction? For a start, the ability to fly is a nice quality in a beau. Also, that mouse could sing! “Here I come to save the daaaaay!” Be still, my heart. And talk about a snappy dresser.

Speaking of clothes, Pearl Pureheart and Mighty Mouse’s other onscreen consorts sported some mighty nice threads. Some of them could pack a wallop, too, holding the villain(s) at bay while Mighty Mouse was en route to the scene of the crime. Here’s an excellent (and operatic) example from 1945, Mighty Mouse and the Pirates:

Given that many of Mighty Mouse’s enemies, including his arch-enemy Oil Can Harry, were cats, it’s surprising that I was attracted to this anthropomorphic Adonis in the first place. I LOVE cats. If there had been a cat cartoon superhero at the time, I’d probably be married to him today.

What would life be like, if I had become Susan D. Mouse instead of Susan D. Matley? My hubby would be a slave to his career, building on his impressive list of theatrical films for television as well as his movie credits. His spare time would be entirely consumed by body building- -at seventy-five, I’m sure it’s an uphill battle. Meanwhile, my days would be filled with washing, mending and altering mountains of gold and red spandex. And how could I not be jealous of his scripted love interests, each and every one of them a glamour mouse?

When you fall in love, it’s important to consider the lifestyle you’re buying in to. It’s hard to be so rational, especially when you’re young- -say, three years old. I feel extremely lucky to have grown out of my infatuation with Mighty Mouse. Some days, I even believe I’ve broken myself of being a sheepdog.