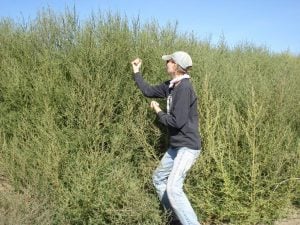 This week, I’m having fun with crisis. I take this unconventional approach because some sort of crisis is looming at all times. Is this your experience, too? Not sure? Let me give you some examples.

We’re a non-television household. For entertainment, we read. This includes a nightly installment of reading out loud, generously and expertly provided by my husband. Currently, we’re reading “Gone with the Wind.” As a teenager, I holed up in my bedroom and read this classic (700+ pages in the paperback edition) in a matter of days. I was riveted by the story of Scarlett O’Hara, as only a fourteen-year-old can be. I dreamed of having a boyfriend like Rhett Butler (Scarlett’s interest in Ashley remains a head-scratcher). Hearing the story forty-two years later, I’m amazed at the plot- -continuous crisis! Crisis is necessary in fiction, of course, but in “Gone with the Wind” there’s no time for readers to catch their breath! We’re in the midst of The Reconstruction at present. Last night, my husband set aside the book and said, “Isn’t anything good going to happen?” I thought hard and eventually remembered that Scarlett, miserably pregnant and back home for her father’s funeral, was pleased to see that Will Benteen, the Confederate veteran managing Tara, was getting the O’Hara family plantation back in shape. That was the one bright spot! The reason for the perpetual string of bad happenings in this book, I believe, is because of Scarlett O’Hara. She’s a character who craves crisis and is always reaching for that thing (wealth) and the person (Ashley) that she’ll never obtain to her satisfaction. The next time you’re looking for a character-driven novel, try this one! Even the Civil War takes a back seat to crisis-hungry Scarlett.

Yesterday, my husband came up with a great expression: self-created crisis. This was inspired by the total freak-out he and I had when one of our cats crossed the road and evaded us in a patch of seven-foot tall kochia weeds. The cat used to cross the road quite often in her younger days, but it’s been years and we’ve grown more protective of her over time. The road is busy-ish and many people turn onto it from the highway going way too fast. In pursuit of the cat, we crashed around in dust and pollen-rich weeds for several minutes. Overcome by coughing and sneezing, we finally gave up. When we crossed the road and implemented Plan B (let the damned cat find her own way home), who do you suppose was sitting in front of the house, washing her paws and looking smug? In the short term, we are limiting this particular cat’s outdoor access, with the agreement that if she does charge across the road again, Plan B (and not a self-created crisis) is our strategy.

Darn this research reading, it’s giving me a conscience. Getting my thoughts lined up for my forthcoming novel “Beyond Big-G City,” I’ve been reading a lot of books about climate change. “Six Degrees” by Mark Lynas; “The Sixth Extinction,” a Pulitzer Prize winner from Elizabeth Kolbert; Naomi Klein’s “This Changes Everything”; fiction novel “Flight Behavior” by Barbara Kingsolver. It’s shocking to realize that scientists have been talking about this issue for decades while politicians dance around the now-visible reality of glacial melt, rising seas and species extinction. Have you heard about the craters being formed in Siberia, most probably by methane explosions? Huge quantities of methane gas are stored in permafrost. As the permafrost melts, methane gas pressure builds until explosively released. The explosions can be heard 60 miles away and the craters are 100 feet wide. So what, you might say, who cares about Siberia? For one thing, methane gas, when released into the atmosphere, emits twenty-some times more the amount of greenhouse gasses than carbon dioxide. For another, Alaska’s permafrost is melting (also northern Canada’s). “Beyond Big-G City” is set in 2025. I’ll make my best guess as to how far climate change advances by then. The research has motivated me to make lifestyle changes and harangue my local and national politicians for effective climate change legislation, but I’m only a drop in the global bucket. All of us got us into this mess, and all of us are going to have to work together to get us out.

There’s so much in this world that needs doing. Drastically reducing greenhouse gas emissions. Feeding the hungry. Teaching the illiterate to read. Cultivating a culture of love and kindness to combat the habit of hate and fear our society is thoughtlessly embracing. It’s hard to decide where to help, how to help, and how much to help. But I’ve committed to one thing without hesitation: ending self-created crisis.