Inspiration for a Lifetime 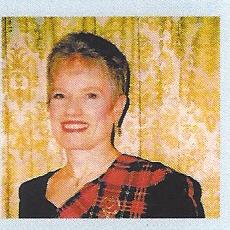 The holidays have started and the end of the year is nigh, the perfect time to reflect on the people who’ve inspired me, especially the ones who’ve given the gift of inspiration for a lifetime.

Her name was Miss Hyatt when she came to our school the year I was in fifth grade. She was the music teacher, which meant singing. The amazing thing about Miss Hyatt, later known to us as Mrs. Bergstrom and later still as Gerry Hyatt Bergstrom, was that she never changed. Aside from her name, that is.

Let’s travel back. September, 1969, the start of fifth grade. Mrs. Campbell and Mrs. Chase stood in the hallway near their classroom doors, their expressions benignly stern as they watched us climb the cement stairs to the first floor of the Lincoln Building in Port Townsend, WA. A lady who looked like Julie Andrews stood near Mrs. Chase, her eyes bright, her smile white and radiant. In short, Miss Hyatt.

When our day for music rolled around, those of us in Mrs. Campbell’s class were led in an orderly line down a long flight of stairs and a short flight of stairs to the basement. That’s where music and beginning orchestra were taught, probably for reasons of soundproofing.

In a room outfitted with desks and well-insulated with acoustical ceiling tiles, Miss Hyatt stood in front of a blackboard, eyes bright, smile radiant and blonde pixie-cut perfectly in place. She looked like that every time it was our turn for music. As the school year trudged forward we learned folk songs associated with Peter, Paul and Mary, and “Both Sides Now” by Joni Mitchell. Our one time to perform was the Christmas Concert, a combined event between grade school singers and the junior high orchestra. Miss Hyatt chose six girls, all of us sopranos, to sing the descant part in “The First Noel.” I was shyly pleased, standing in the gym in my holiday dress with the select group, singing our special part, the nicest singing experience I’d had at the time and one I’ve remembered since.

The next year I opted for cello in beginning orchestra and no longer went to music class. Miss Hyatt became Mrs. Bergstrom. I saw her here and there over the years, conducting the high school chorus in a concert in the big auditorium or walking briskly across the junior high campus on her way to teach the younger singers. Orchestra was my elective all the way through sophomore year in high school, though I’d also strayed into theater as an extra-curricular event. By senior year I was determined to audition for the high school musical and started taking private voice lessons from Mrs. Bergstrom to improve my chances. A boy who was a sophomore had lessons with her, too, and both of us rated a spot in The Music Man. Before the school year ended, Mrs. Bergstrom insisted the two of us do a recital for our families, in her living room, the programs written in her own hand and photocopied on avocado green paper. It was the first time I sang a duet with anybody, “They Were You” from The Fantasticks with Skip Cadorette.

Decades passed. College, working in the city, and finally back to Port Townsend. I’d picked up some music work, singing and playing bass with some local groups and Mrs. Bergstrom, now called Gerry, came to a performance or two. Eyes twinkling, smile bright, blonde pixie cut perfectly in place she congratulated me while at the same time suggesting, very tactfully, that she’d love to help me work on my voice.

For a few years I took hour-long lessons at irregular intervals, learning about breathing and tone and stretching my range, being influenced by her opinion that I really was a soprano no matter how low I chose to sing in whatever band. We sang, laughed, talked and caught up on each other’s lives. I wasn’t much of a student, didn’t practice regularly and often had to reschedule lessons due to work conflicts, but much of what she was teaching me became clear when I started the serious work of touring in a music duo.

The key was a CD, made from the tape of a particularly good lesson in December, 2004. The CD is just over seven minutes long, a vocal warm-up that takes my voice up and down and all around with her words of encouragement in between. It ends with her saying, “Good!” Our duo warmed up with that CD at the beginning of every performance day, for ten years. Hearing Gerry’s voice has always made me feel she’s there with me, inspiring me with the focus, sense and courage to get the job done.

In 2007, Gerry died. She was in her early sixties. With eyes twinkling and a bright smile she battled ovarian cancer. She stopped teaching. Friends started organizing meals to be prepared for Gerry and her husband but by the time my turn came up the project had stopped; too much food was stacking up, uneaten. She had so many friends on the local music scene, highly talented singers and instrumentalists she’d worked with in her own concerts, people who seemed to have a higher claim on her limited time than I did. Finally, though we lived in the same small town, I started to write her letters. After she died, her husband told me how much she enjoyed and appreciated these, how she died reconciled and at peace.

Does Gerry Hyatt Bergstrom know how much help and inspiration she’s given since then? I hope so. The duo retired at the end of 2014 but I still warm up with Gerry, three days a week. Aside from my husband, hers is the human voice I most frequently hear.  So, you see, she’s never really left me.