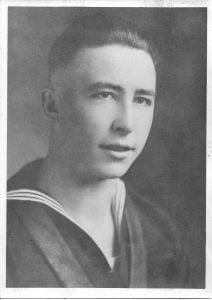 Just. Be. Kind. This theme came to me via Facebook yesterday. Lots of people have been posting their dismay, shock, alarm, disgust and many other feelings about last weekend’s shootings in Las Vegas, Nevada. People are blaming politicians, gun owners, gun control advocates and the other usual targets (no pun intended) for what happened. While this is an expected reaction, I also find it a bit weird. What strikes me most about this horrific event is that innocent people engaged in an innocent activity died at the hands of a presumably crazed and hateful stranger. No amount of finger-pointing, political maneuvering or name-calling will bring those people back.

End cruelty. End hate. It is totally up to you. Each of you. Be a grown-up and share not the worst but the best of yourself with the world. Nothing will change if YOU don’t change and actively inspire positive change in others, too.

Just. Be. Kind. Without hate, who would have the motive to perform a mass shooting? Yes, there are cases of brainwashing, times of war and etc., but what happened in Las Vegas doesn’t seem to qualify as one of these.

Just. Be. Kind. Why do people hate? In an August 11, 2016 article by Andrea Mathews, LPC NCC, hate is revealed as a matter of projection. If we are insecure in our own culture/economic status/education/political views/religion/sexual identity/race (pick one or more as applicable) we project that insecurity onto people who we believe are different than ourselves in these particulars. In short, if we hate them, we won’t hate ourselves. Hate is about the hater, not the hated. Here’s a link to the full article:

Just. Be. Kind. So what in the heck was up with Stephen Paddock, last weekend’s mass shooter? Faces of his victims are showing up on the internet and other news sources- -different ages, races, genders (and very likely) different political views, religions and lifestyles. These people had gathered to hear a country music concert. Though I’m not a big fan of country music,  I’m having a hard time connecting the dots on this one.

Just. Be. Kind. This includes talking to your disturbed friends, relatives and acquaintances. How many times are we going to hear that those closest to the hater/killer “had no idea” this person harbored such violence in their souls? That’s what we’re hearing about Stephen Paddock right now. His brother described him as a talented person but not a team player, an army of one. Sounds like that army was a pretty weird place. Maybe lonely, too.

Just. Be. Kind. Check in with the loners in your life. They might say they don’t want you around, but human beings are gregarious by nature. The odds are slim that they’re planning a mass murder, but if someone you love is hiding out, maybe, just maybe, something’s wrong?