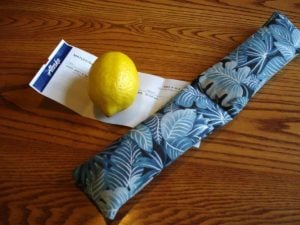 Last weekend I attended the Nevada Reading Week Conference. Almost. The event was cancelled, courtesy of a winter storm. Organizers and presenters rallied on Saturday morning and we agreed we’d do what we could for whoever braved the icy roads and showed up. Abbreviated keynote speeches and “meet and greet” opportunities for the participants and presenters comprised an impromptu mini-event, lunch included. Though I didn’t get to give my two presentations (Kids as Critique Partners and Seven (or so) Things You Should Know about writing a first novel) I met lots of wonderful people. The other presenters were uniformly nice and many gave me ideas for future projects, events and reading. Thus, lemonade was made from the lemons Mother Nature pelted our way.

We flew to Reno, Nevada, for the conference. Passports were necessary, as Washington State is still easing its way into issuing enhanced drivers’ licenses that have whatever characteristic is needed to pass as identification with TSA. On the outward trip we both had TSA PreCheck on our boarding passes but Bruce was “randomized” (sounds painful, doesn’t it?) and had to go through a pat-down. Both our suitcases were opened and inspected. The sandwiches and apples in his bag and the bran muffins in mine were subjected to additional screening on something that looked like a laptop computer with a scale attached. All foodstuffs were cleared of suspicion. We proceeded on our lemonade way.

On the return leg, Bruce had TSA PreCheck but I did not. At Reno-Tahoe International we entered separate queues and proceeded to our fates. In line with dozens of others, I could see the top of Bruce’s head sailing through the checkpoints. So what, I thought, I’ve never had a problem clearing airport security. I felt downright smug when I presented my boarding pass and passport to the TSA employee at the start of the security obstacle course. He was a thin young man with steely gray eyes. Those eyes looked up from my passport. They did not look pleased.

“Ma’am, have you used this passport before for air travel?”

I managed to sputter out that I had, in Walla Walla, WA, on the trip down.

“I won’t pursue it this time,” he continued, the steely eyes issuing a warning, “but you need to sign your passport in order for it to be valid.”

I scurried forward to the luggage screening area and dutifully filled bins with coat, shoes, suitcase and backpack. Off they went on the conveyor belt. The employee at the body scanner waved me forward. The scanner was of the tube-shaped variety where you have to plant your feet on the yellow shoe prints and raise your arms above your head. Well, I thought, I’ve never had a problem passing the scanner before. Lemons again! I was waived aside by two female TSA employees and informed I would be patted down! No belt, nothing in my pockets, what on earth had been detected? Of course they found nothing. The more senior employee (who was training the nervous young person who did the actual patting) said it might have been the rivets on my Levis 501s (the only jeans I’ve worn for decades and regularly wear for plane travel) or my hipbones, as I’m on the thin side.

My suitcase, coat and shoes had come through screening without a hitch but yet another TSA employee called me aside and asked if there was anything sharp in my backpack that might poke him. He was smiling, but I knew better than to make a joke. He pawed through my books, magazines, eyeglasses and the box of handouts that never got handed out at the conference. Then he laughed.

“Oh. This is it. On the x-ray it looked a lot like something we don’t want people taking on to planes.”

He pulled out an oblong fabric tube stuffed with birdseed. A friend had given it to me during our stay, something she’d invented to hold open books, particularly cookbooks. I thanked God I’d had the wisdom to decline the jar of chokecherry jam she’d offered- -I mean, can you imagine what TSA would have done with that, or with me?

I was free to put on my shoes and gather up my belongings, a metaphorical moment of lemonade. But my trials weren’t over. Bruce waited nearby. I was pretty sure he wouldn’t give me a hard time about the fabric tube of birdseed mistaken for some kind of weapon or the rivets/hipbones inspired pat down, but not signing my passport. . .

He gave me heck all right. Until he took out his own passport which had gone unexamined as he pranced through TSA PreCheck. We’d both recently renewed our passports and he hadn’t signed his, either.