More than One Kind of Hero 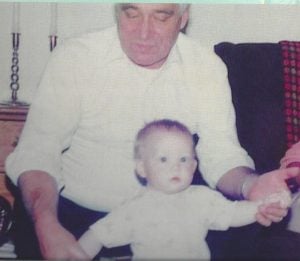 Intersection of The Greatest Generation and the Millennials: Glenn Abraham and Glenna Denise Nelson, 1986

This morning I got into an interesting Facebook conversation with some friends, two guys that I very much like and respect. Both are Vietnam vets, both hard-working individuals who have excelled in their professions and given a lot back to their respective communities. Their outlook on society, however, is quite different than mine.

The start of this conversation had to do with Pearl Harbor. The post began with a tribute to Pearl Harbor veterans that transformed into a lecture on the shortcomings of the Millennial Generation. In response, I suggested that people who feel Millennials aren’t worth a damn should reach out to someone in that generation, share their own stories and express their concerns about the future. My thinking? Perhaps the skeptics would discover the younger generation has more substance than they supposed.

The contributions of The Greatest Generation entered the thread and my dad, a World War II veteran, was mentioned by one of my two friends as an example of what Millennials should be. He said he thought there were a lot of great young people in this country, but that they’d had a “very very poor example” to follow from national leadership the past 8 years.

This is where I strongly disagree. I started my response by sharing that my dad, Glenn Abraham, was something beyond a war hero. I’ll finish my response here.

Dad, like many, returned from WWII and used the educational benefits of the GI Bill to finish college. He earned a bachelor’s degree in Constitutional Law at Seattle U and a Juris Doctorate degree at the University of Washington. Dad became a lawyer. A compassionate lawyer in a small town. He counseled as many people gratis as he did for a fee, made enough money to keep the family pretty much afloat without getting greedy. Legal services for adoptions were always free of charge.

Law was as much a vocation for Dad as a profession. He had a knack for saying the right thing to keep a family together when divorces were sought. As a juvenile court judge, he made it clear to defendants that the choice of how they lived their lives was up to them. His guidance persuaded several to pursue a better future and many of them contacted us with tributes to Dad after he died.

In the 1950s, Dad was treated with bigotry by some because they assumed he was Jewish (surname: Abraham). He was a lifelong Democrat, always the champion of the underdog, and he and Mom raised my sister and me to be that, too. All races and religions were equal to him (he was Episcopalian and Mom was Catholic, considered a “mixed” marriage in 1945). At one point he considered leaving law and becoming a minister. If he hadn’t died at age 69, he might have made that transition. My point? As with all of us, there was a lot more to Dad than the 20-year-old who came home from life in a B-17 crew and as a liberated prisoner of war. His military service shaped and motivated him, but his greatest contributions came in the 49 years that followed.

Fast forward to now. I believe our national leadership of the past 8 years reflects the world of today. According to 2014 demographics, 60% of the US total military force is 30 years of age or younger. This suggests there are plenty of young people willing to serve the country under President Obama. I have no doubt whatsoever that, given a surprise attack like the one at Pearl Harbor, they would respond with skill, courage and valor equal to those on December 7, 1941.

President Obama also embraces and encourages a national character that exemplifies more ways to serve. Wars, if you will, on discrimination, lack of opportunity and bigotry are ongoing in our country and the Millennial Generation is in the vanguard. They are a more diverse generation of Americans in terms of race, religion and sexuality than their ancestors. It’s no surprise they are more engaged with and concerned about civil rights than many people of my generation, because a greater proportion of them are vulnerable to having their civil rights infringed upon. Thought I hate to generalize, Millennials seem to have a better grasp on practical altruism than the rest of us. They live the reality of diversity; it’s as integral to their lives as digital technology.

My niece, Glenna Denise Nelson, is a Millennial. She entered the Peace Corps after college, as did many of her friends. For two years she taught English as a second language in remote village in Benin, West Africa. It was a dangerous environment with few amenities and those of us back home prayed for her safety. For the past several years she’s been teaching in the inner-city Baltimore and D. C. area, very different from predominately white Spokane, WA where she grew up. Every day she works hard and fights hard for the welfare of black and brown students and their families. Does her work take courage? Does it make the world a better-informed, better-integrated, safer place? You tell me.

The take-away from our Millennial friends and family members is, I believe, their acceptance of people who are not like themselves and their willingness to help and include people who are different than they are. Some of us have forgotten how to do this; some of us never knew how. America is more diverse than ever and I believe we can and should parlay this into a strength. The Greatest Generation embraced the world available to them, to our nation’s benefit. That world has changed. It’s not just about war heroes, it’s about all heroes. I think my dad would agree.