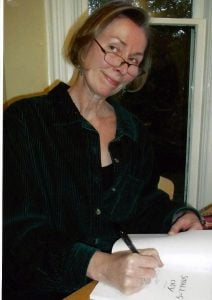 Don’t let the mild-mannered exterior fool you: this woman has superpowers!

Frankly, I don’t have enough time in my day to deploy 10 superpowers, but I have acquired a few gems as of late. 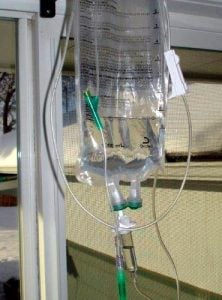 Time for a new bag of fluids! Deployed by superpower.

First and foremost, I have cultivated the superpower of hydrating Friday the cat at home! Though I’m not as superpowerful as Marla at the vet’s in performing this feat, I’m doing well enough not to have to load Friday into the Subaru and slog through the snow once a week for professional technical assistance. When the current snow accumulation clears I will take Friday in for a top-class fill-up, but in the interim we are A-Okay. 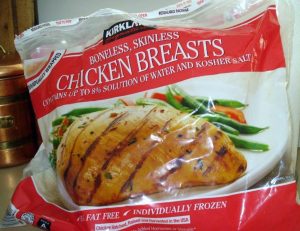 Chicken- -not for the faint of heart! Conquered by newfound superpower.

I have also conquered rugged culinary terrain with the aid of another new superpower. That’s right, I’ve steeled myself to cook a chicken breast! This is something I haven’t done for years, probably since the year 2000 when Bruce and I were first dating and I was trying to impress him by putting together a top-drawer picnic lunch, complete with Chicken Cordon Bleu. I’ve never been a huge fan of chicken (among other reasons, because I have a dead bird phobia) but love does funny things to people. Fast forward to the present. At the time of Bruce’s passing the freezer was stocked with half-a-dozen huge chicken breasts from our last Costco adventure. Don’t look at me that way, he’s the one who liked and cooked chicken!

But I digress. What is the one thing you associate with cooking chicken, no matter the recipe? That’s right, salmonella! Raw chicken carries salmonella, which is responsible for more cases of food poisoning that any other pathogen. If you don’t believe me, ask your mother. For me, phobia + salmonella has been an effective barrier to preparing this low-calorie, low-fat source of protein for most of my adult life. What made the change?

I’ll confess, I handle raw chicken gingerly and try to have every other ingredient measured and at hand when I squeamishly cut open the sealed plastic packaging and deliver this (temporarily) major health menace into the vulnerable world. But once it’s in the oven- -hey!

So that’s two new superpowers. At the risk of sounding boastful, I’ll share one more. It has to do with Bruce’s estate, with tying up those weird and pesky loose ends that get resolved much more rapidly if the estate goes through probate. I have (wait for it!) Letters Testamentary! It is now in my power to insist that banks and insurance companies answer my questions about things held solely in Bruce’s name, because being the surviving spouse just isn’t enough for some people working in highly-regulated industries. It’s hilarious, how cocky I feel having Letters Testamentary. If I had a tall pair of stiletto-heeled boots I would probably wear them when I talk to the documentation jockeys, and barely curb the urge to growl, “You will do as I command!”

My superpowers err on the side of utility but that’s okay. I don’t need to be faster than a speeding bullet, more powerful than a locomotive or able leap tall buildings in a single bound (yet). As long as I keep my 4-legged kids healthy, feed myself and take care of business, that’s enough.