NaNoWriMo and the Person Inside 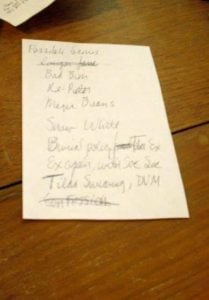 A Planster’s tool for NaNoWriMo. From this tiny acorn grows a mighty oak!

Last week I selected a metaphorical piece of stone, a chunk of blood-red marble veined with gold and black and white, sharpened my writer’s chisels, visualized the crude shape of the story to come. The story of this year of my life, fictionalized. The first draft of a new novel. Symbolic that this project began on my 60th birthday? Perhaps. But the reason for the November 1st start date comes from elsewhere. November is National Novel Writing Month, popularly known as NaNoWriMo.

Good observation, Lily (she’s my inner fourteen-year-old who is stubbornly determined to remain fourteen, and I love her for it). However, NaNoWriMo has the virtue of being compact, and is shorter to type into an internet query.

What, more specifically, is NaNoWriMo? According to Wikipedia:

“National Novel Writing Month is an annual Internet-based creative writing project that takes place during the month of November. Participants attempt to write a 50,000-word manuscript between November 1 and November 30. Well-known authors write “pep-talks” to keep them motivated throughout the process. Launched July 1, 1999; 20 years ago.”

I learned about NaNoWriMo years ago, when a friend asked me if I’d like to participate. Embarrassed though I am to admit it, I was insulted by her suggestion! NaNoWriMo was for amateurs, people who didn’t have the drive or discipline to plant their rears at their desks and get the job of writing done like they meant it! I didn’t need to be cheered on with specially written essays by famous writers, to receive the reward of milestone digital badges, didn’t need to buy the T-shirt at midnight, November 30, when the job was done. But, you know, NaNoWriMo, now that I’m completely in charge of my life and schedule, is a really good excuse to dig in and do what I love to do most for thirty days straight.

Haven’t I been telling you for months that you don’t need to make excuses?

What can I say? Lifelong habits are hard to break. I’ve read somewhere that it takes thirty days to form new habits (good ones, anyway), so maybe, Lily, this is my road to recovery?

You are the only person I know who can make art sound like pop psychology.

Moving right along, for me the first draft of most projects is a romp. In terms of how I write, I’m what’s known as a “plantser,” the stylistic love child of two writing approaches: writers who are plotters (think: outlines and copious scene notes written in advance of the actual drafting) and those who are pantsers (writers fueled primarily by inspiration and improvisation, who “fly by the seat of their pants”). I prepared for NaNoWriMo by choosing my subject (basing it on real life prevents research slowdowns), brainstorming a couple of plot threads and jotting a list of scene ideas on a piece of scratch paper. The timeframe of the story is one year. Point of view- -third person singular. Late in October I opened an account at the NaNoWriMo website and committed to writing a minimum of 1,667 words per day; the accumulation will result in a 50,000 first draft by month end. 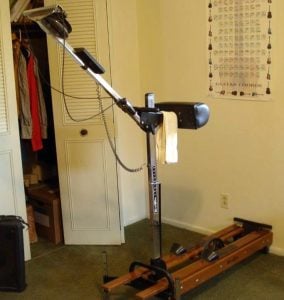 NaNoWriMo = a change in routine. My two simple rules: the writing happens first and no social media until I’ve met the daily word count. Faithful steed, the Nordic Track, is still in my schedule, just later in the day.

Lily is somewhat justified to accuse me of approaching this writing project through a pop psychology lens. If you’ve been following my blog, you know that I mainly write about my experiences as a newly-minted widow. Lily’s helped me up a bit, since she chimed in around the first of July. I classify my blogs as creative non-fiction, as they draw mostly from actual events and don’t stray from the facts (much). The new novel draws on actual events, too, but I’ll be able to shape those events to create a book-length, meaningful whole, with themes, symbols and a meta-story. I’ve chosen to fictionalize my experiences to explore the shape that my new life is taking and the visceral reality of living it. Anyone who has been through the death of a loved one (has anyone not been through it?) knows it’s a tough job to find meaning in grief and loss, to remake life from the wreckage.

My pretty piece of marble exceeded the 15,000 word mark this morning, 8 days straight of meeting and exceeding the minimum 1,667 word count. I confess it makes me smile to see the two day, three day and seven day milestone badges lit up on my NaNoWriMo account screen, also the badges for exceeding 5,000 and 10,000 words, total, and for updating my word count by the required minimum and more each day. The badges are awarded less frequently as the month progresses: recognition for 14 days, 21 days, 40,000 words and ultimate goal of 50,000. The website’s algorithm projects that I’ll make that goal by November 26. I’m pretty sure I’ll get there before then, but I’m determined to put in my full 30 days. Why? Because that’s what I signed up to do.

How about signing up to take me to the movies?

Probably followed by a question mark.

Not this time! We’re definitely on for next Tuesday’s 1:50 PM showing of Last Christmas.

You want to see a rom-com? Weird.

Kind of weird, but it’s an Emma Thompson project and the heroine in the story is super-flawed, just like you and me.

And you’re not a fan of Christmas.

Hard to fault me on that, since Bruce died just before midnight on December 23. But let’s be open-minded about this, Lily. If a story set in London with an imperfect heroine, a story that just happens to be set at Christmas time, can’t persuade me there’s something good in the celebration, I don’t know what can. Who knows, it may even show up in the new novel.

I knew there was a catch. Everything is research for you. Makes me feel like a guinea pig. 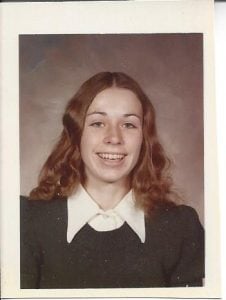