Of Compound Words and Things 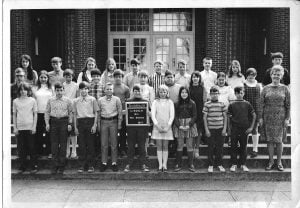 The past two months have been full of unusual activity- -buying a house, working toward selling a house, traveling west for Mom’s 75th high school reunion. The only writing I’ve accomplished during this interval is the weekly blog. This week, at last, I’ve returned to my usual writing schedule in earnest, and I’ve made an important discovery: I don’t know squat about compound words.

A group of sixth graders, members of a gifted reading class who participated in Critics in the Classroom, set me straight. I’d received their critiques and “error reports” several weeks ago and gave these documentes a quick glance at that time. This week, sitting down to the task of integrating their corrections and comments into my final draft of The Luck of Lily Adams, patterns have emerged.

For example, I misspelled the word fluorescent. Repeatedly. This is a lifelong hang-up of mine. I always spell it florescent which means “a state or period of being in bloom or flourishing.” A lovely word to know, but what I was writing about was overhead lighting. I also altered the spelling of two proper names in a couple of places. The worst blunder, however, was writing two separate words when a compound word was correct.

Eye shadow and eyeshadow are two different things. Kind of. In my ancient Merriam-Webster Dictionary © 1974, the “colored cosmetic applied to eyelids to accent the eyes” is two words. The Maybelline website uses the compound version. Armchair is a chair with rests for the arms; my “arm chair,” once I got to thinking about it, is a chair for arms.  An activity done in addition to one’s regular job is a sideline, but what is a side line? I checked both my left and right sides for one in the shower the other day but didn’t find any.

What is the rule for compound words? When two words are used together to yield a new meaning, a compound is formed, either as a single word or with hyphens. As with all things grammatical, there are exceptions. I found a nine page list of single word compounds and now keep it on my desk. Sometimes, words on the list are not compound words in my dictionary. This bugs me, but the thing that bugs me more is “school books” is two separate words but “textbooks” is compound.

I guess I’ll stick with the list for expediency. If I do succeed in finding a publisher for The Luck of Lily Adams (fingers crossed!), disagreements between the list and the dictionary will probably come down to “house style” (the specific usage and editing conventions followed by writers and editors to ensure stylistic consistency in a particular publication or series of publications).

If you’re a writer, I hope the above information is useful. For everyone, including writers, if you’re ever invited to compete against gifted sixth graders in a spelling bee, I suggest that, for your own sense of self-esteem, you decline.