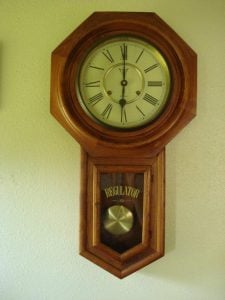 It started at 6 PM

One minute is a small measurement of time, but is it too small to make a difference?

After the first One Minute event two days ago, I’m a believer. In what, you might ask? In the power of positive thought to change ourselves and, therefore, to change the world.

Rebecca Ruby, my friend and high school classmate, brought up the idea a few days ago on Facebook. Rebecca wanted to fight back against the depressing escalation of bad things going on in the world. She proposed getting a bunch of people together for one minute, no matter where they were, and having them send their positive thoughts out into the world at the same time, together. With encouragement, she set up an Event page at Facebook and a bunch of us started inviting our friends. In three days, 5,400 were invited and 417 confirmed they were “going.”

One Minute happened from 6:00-6:01 PM, Pacific Time, on Wednesday, July 20. My husband and I sat in the yard, took hands and tuned in. I closed my eyes, held out my free hand and invited the others around the world to take hold. After a period of intense concentration, manifesting all good things for the world and everyone in it, a surge of power jolted through my body and I knew we were all there, together. Many who participated reported a similar phenomenon. Some were moved to tears. Many retained a sense of euphoria well after the experience.

Why, exactly? The peace and power of knowing you’ve done something positive is heady. One Minute is a simple and inclusive concept, inviting not only prayer but meditation, manifesting, chanting, humming, singing, dancing, smudging- -whatever method each individual chooses to send their loving, healing thoughts out into the world. It’s a spiritual Flash Mob, coming from all parts of the globe.

Coming together with unified focus is not a new idea. In what are now Eastern Washington and Western Idaho States, the wives of the early 19th century missionaries routinely set aside a specific time on a specific day for a “Mothers Meeting.” Being missionaries, they prayed- -for the success of the mission, for their husbands and children, for the courage to face the harsh demands of frontier life. They lived 100 or more miles apart, yet they created a network of unity and support for each other. I doubt the idea was original with them, but they were wise enough to use it.

An example of unified focus from this century is Tough Enough to Wear Pink. This support network sponsors a Tough Enough to Wear Pink night at local rodeos, to raise breast cancer awareness and funds for local communities. Wrangler created a special line of pink shirts, available to both rodeo participants and the general public. Many fairs and rodeos offer free pink bandanas to folks in the grandstands.

To describe Tough Enough to Wear Pink is one thing; to experience it is another. The first time I saw it unfold was at the Grant County Fair in Moses Lake, WA. My husband and I, at that time a cowboy music duo, were performing near the entry of the rodeo arena as people swarmed to the grandstand. Without exception, every person was wearing an article of pink clothing. Even bored-looking teenagers joined in with pink bandanas as headbands, armbands or tied jauntily around a thigh. Obviously no one was thinking about the skinny cowgirl bass-player as they passed by, but as a breast cancer survivor, the unified sea of pink nearly made me cry. http://www.toughenoughtowearpink.com/

Back at the One Minute ranch, Rebecca Ruby has created a One Minute public group at Facebook. You can find it by typing One Minute in Facebook’s search bar. The next One Minute is set for Wednesday, August 24, 6:00-6:01 PM, Pacific Time (7:00-7:01 PM Mountain Time, etc.). If you’ve been craving a chance to come together with hundreds of positive people in a minute of unity, I hope to feel you there.