Ownership and the People Inside 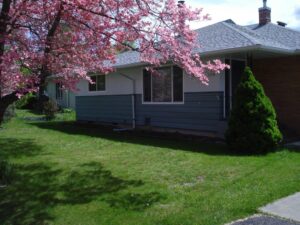 Ownership: Yes for a house, no for people!

In case you didn’t know, I’ve been married three times. To some, this may infer that I’m an expert on marriage. Given the turnover rate I would argue the opposite. But after months of solitary COVID-enforced rumination and reflection, there is something I believe I’ve come to understand quite well: the perils of ownership.

I’m not talking about objects- -clothes, cars, a house. I’m talking about people, married people in particular. Marriage, as anyone on the inside of it can tell you, can be a difficult undertaking. But it can really go off the rails when one or both spouses behave as if they own each other.

Ownership isn’t limited to married couples or other romantic pairs, of course. Look closely and you can see it within families, between friends. The phenomenon of one person telling the other person what they can say or do or think.

Ditto. We’re you, and you’re us, but none of us is the boss of the others.

That’s something I truly appreciate about you, Lily and 9 (my inner 14-year-old and inner 9-year-old, respectively). The two of you are in and of your own time. I couldn’t change you even if I wanted to. And I don’t want to. Knowing you again has opened up so much in life for me. You remind me to be curious, to learn new things, to enjoy myself. To be who I am.

It seems to me that forcing one’s will on other people is a reflexive sort of narcissism: you believe that everything they do, because of their relationship to you, reflects on you. In marriage (I won’t say which one or one(s)) I’ve had my career goals disparaged, my political beliefs poo-pooed, my friends and family treated with hostility, the range of my permitted singing voice truncated, my sense of humor banned.

Not that I’m a shining example of loving someone I’m married to for precisely who they are. I, too, have fallen into the trap of “You can’t do that/say that because you are my husband.” What poppycock!

The next thing you know she’ll say piffle!

Good thing I’ve developed the antibody against those near and dear ridiculing me! It hasn’t always been this way. I shudder when I think of all the times I’ve buckled, suppressing who I naturally am, including positive things like gifts and strengths, because they’ve made someone I felt accountable to uncomfortable. Under spousal pressure I gave up pursuing theater as a career; stifled my sense of humor; sang in the alto range though I’m naturally a soprano; voted for Regan, for pity’s sake!

All of these compromises left me feeling weak and diminished. And as I’ve already acknowledged, I’m pretty sure I’ve inflicted some of this on others, too. So I’m thinking, if spouses, partners, family or friends are being or doing something that I believe needs to be changed because of who they are to me, maybe the change that really needs to happen is for me to step back, look within myself to understand why I react to them the way I do, and fix that, instead.

It’s even worse when someone close to you blames you for what are, in fact, their issues. If someone accuses you of being responsible for their own weakness they are transferring ownership of their problem to you. Suddenly, it’s your job to fix it. In retrospect, I’m amazed at how many times I’ve fallen for this set-up:

“Sopranos are screechy. I can’t stand to listen to them.”

“You’re going to counseling? Good! Then you can get fixed and we can get back to normal.”

And don’t get me started on the topic of erectile dysfunction.

When you love someone- -spouse, partner, family member, friend- -you like them, too, right? And you like them because they are who they are- -at least, it probably started out that way. So I’m making it my business to distance myself from feelings of ownership toward other people when they arise. Feeling ownership of another person is a crazily unhealthy way to operate, and the forced togetherness of the pandemic is inflaming it for people who live with others. We probably need a designated holiday when we all back off from trying to reform each other and just let it be.

We could call it “You Don’t Have The Right” Day.

And, paraphrasing that paragon of social equanimity, Fred Rogers, have I told you lately that I like you just the way you are?