Reform and the People Inside 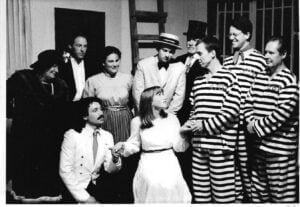 Lots of people start a new year with resolutions. Last month, because I was so heavily influenced by the book Successful Aging (Daniel J. Levitin © 2020) I embarked on a series of health reforms. In last week’s blog I wrote optimistically on the topic of sleep hygiene. In an effort to improve mine, I resolved to reform a few things.

The first reform was to not eat after 6 PM (the pathetically early minute that coincides with 2 hours before my usual bedtime). The night I launched this change I experienced six hours of uninterrupted sleep and shared my victory with you. The night after that went pretty well, too, which took me through last Saturday morning.

Aptly put, 9. At first, all was well and going the usual way, but around 7 AM Friday-the-cat launched a campaign of vomiting and diarrhea. Endless diarrhea. Fortunately, I was able to get him in at Kennedy Veterinary, about fifteen miles from home in Milton-Freewater, Oregon. Friday was subjected to a blood panel (looked good), parasite screening (he’d been treated for worms the week before so I was relieved this came back negative), and thyroid (in the normal range). He was dehydrated (who wouldn’t be?) and slightly anemic and received treatment for those conditions.

The cause of his symptoms remains undetermined, though these have cleared and he is pretty much back to normal. We’ve just finished the last of twice-daily doses of liquid antibiotic and I have the bite marks to prove it!

So what happened with him?

The vet isn’t sure, Lily. It might be something passing or it might be something more serious- -pancreatitis, for example, or bowel issues or intestinal lymphoma. A blood panel that would need to be sent to an external lab for analysis might identify something like this. Another option would be a biopsy, which would entail putting Friday under anesthesia, is a risky thing to do to a cat his age.

In short, it’s “wait and see.” So far, so good. He’s eating enough of various poultry pâté-style cat foods to keep his weight on, which is an excellent sign.

Good. But what does this have to do with reform?

Thanks for keeping me on-topic, Lily, and I’ll get there soon. Remember how I thought it was not eating close to bedtime that earned me a good night’s sleep? All week I’ve followed the “no food before bedtime” regimen. Mostly, it means I go to bed feeling hollow and wake up unusually hungry. There’s also an unintended consequence: I’ve lost weight.

I know, I know. Most of America would jump up and down and applaud themselves for this achievement, but for me it means something not so keen. For me it means I am now so skinny I need a magnifying glass to locate my breasts. Think about that, America! Those last few hundred calories in the evening are supporting my already unhealthily low BMI.  I’ve tried shoveling down some extras earlier in the day but with more calorie-dense foods and not enough space between feeding times my appetite disappears.

One fix I’m trying, another reform, is adding a tablespoon or more of olive oil to my daily diet. And I’ve made a nifty snack discovery: toasted whole wheat bagel slathered on the cut side with olive oil and sprinkled with garlic powder.

Ew! Can’t you just eat Oreos like a normal person?

The short answer is No, 9. Adding one to three tablespoons of olive oil to daily food intake is another recommendation from Successful Aging, and with this reform the benefit is more apparent, especially regarding digestion.

The other thing I tried was cutting back on coffee. In olden times, when I was a career-track twenty-something working for an international accounting firm, I would typically down not one but two double mochas during the work day. The money spent! The pure decadence!

For years I’ve been a consistent 2 cups in the morning person, with an occasional third cup thrown in late morning/early afternoon if I feel draggy or whiny or cold. I really try not to have any coffee after 2 P. But. . .why not cut back to see if there’s some sleep benefit to be gained?

It was as pleasant as having teeth pulled.

Agreed, Lily. After a few days of an agonizingly virtuous regimen of one cup in the morning I kicked that reform to the curb. Why did I cave in so quickly?

Because I’m pretty sure that he was sleeping longer and later when he was starting to feel sick. That’s why I got a night or two of pretty good sleep. If the tradeoff for better sleep is a sick kitty, that’s one reform I will not entertain.

Now, if I can only teach Friday how to make coffee. . .