Restoration and the Person Inside 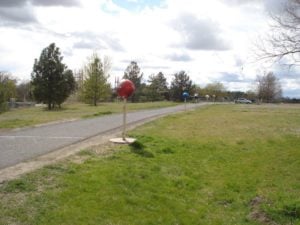 The Planet Walk, right here in Walla Walla, WA. This section features the interior planets, Mars  in the foreground and the Sun most distant. Restoration of spirit through physical activity and contemplating something larger than the problems of humanity!

My Merriam-Webster Dictionary (Pocket edition © 1974, 12th printing May, 1976) cheats in its definition of restoration:

Restoration: n 1. an act of restoring; the state of being restored 2. Something that is restored

If English is not your first language, you might dig a little more to understand the meaning:

Restore: v 1. to give back: RETURN 2. To put back into use or service 3. To put or bring back into former or original state: REPAIR, RENEW 4. To put again in possession of something

Earlier this week I realized I had to put myself back in possession of my sanity!

You were spending way too much time on Facebook and totally obsessing on the news.

That’s Lily, my inner fourteen-year-old. In the current pandemic crisis, I’m confident I wouldn’t being doing nearly so well without her. Among other things, she monitors and comments on my behavior.

For example, Monday night you were still on Facebook at midnight.

To you this might not sound like a big deal, but at my house it’s generally “lights out” no later than 10 PM. I’d nearly spaced out eating dinner that night, too. Everything had, drop by drop, gotten out of whack. Again.

It’s not simply that my hours had shifted around; that in and of itself would be okay because at the moment the larger world is not holding me to appointments and deadlines. However, everything around me and within me was starting to feel depressed and gray. High time to restore my better at-home world before I poofed out of existence in a greasy smudge!

It certainly was, Lily. The first step to restoration was to unplug. On Tuesday, I deliberately did not listen to the news and did not go on Facebook, both of which were exercising an addictive power over me. It’s bad enough to give a living, breathing person control over you, but to hand your soul over to the digital world? Hah!

I generally listen to NPR while I’m doing my Tuesday-Thursday-Saturday Pilates and Yoga routine. This week, I’ve instead put on the CD “French Impressions,” a compilation of French composers by the English Chamber Orchestra with soloist Paul Tortelier (cello). Tortelier’s composition Valse, ‘Alla Maud’ is the last track, where he is joined by his cellist wife, Maud Tortelier.

This is why you drew “Dance!” from Lily Bowl on Tuesday.

Could be, Lily. Even in “stay home, stay safe” mode I can’t resist a good waltz. 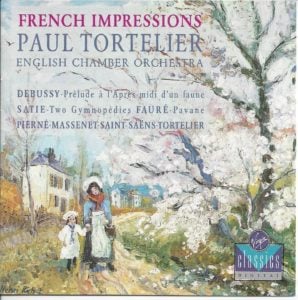 Music soothing to the soul (instead of obsessively listening to the news). Another component in the restoration of my sanity in these pandemic times.

Of course Tuesday wasn’t entirely perfect. At the grocery store (a national chain) the checker looked guiltily at my reusable bags and apologized that she could not use them. She shuffled my purchases into far too many plastic bags with her latex-gloved hands. I was stunned, amazed that saving the Earth no longer matters in this particular corporation’s lexicon. However, I kept my outrage mute because obviously the checker didn’t have a choice.

She saw everything she needed to know on your face.

That’s one of the dangers (or possibly benefits) of being facially expressive when interacting with other humans. Most people get it when you’re really upset. This time, unlike last week’s visit to the vet’s (see my blog “Lost with the Person Inside” March 27, 2020 for details), though I felt a deep sense of loss over one more simple, good thing in the rapidly changing world, I did not melt down and bawl my head off in the car. But I was tempted to blow off my next planned mission- –

And I told you to buck up because you’d been looking forward to it.

Thanks for that, Lily. I ventured to the drive-through window at Walla Walla Roastery and ordered a 12-ounce Americano with cream. This simple thing has come to be a major splurge in both entertainment and human contact- -at arm’s length, the barista’s hands encased in black latex gloves. She commented on my brightly-painted nails, said she’d seen a lot of fancy nail colors in the past few days, which made me laugh. Laugh! It felt sooooo good. I spirited my Americano home, poured it from the to-go into my own coffee cup and thoroughly washed my hands before drinking!

After the 24-hour news hiatus I allowed myself a brief look at the headlines and visited Facebook a couple of times on Wednesday. I visited with some friends through posts and private messages.

And guess what? The world and all its pandemic worries hadn’t disappeared just because you didn’t look for a day.

True. But my vanished sense of serenity and appreciation for what’s beautiful in the world has been restored. I’m amazed at how flowers and trees that are bursting into blossom in the midst of all this, and the frolicsome spring weather- -rain, hail, wind, snow and bright sunshine, separated by mere minutes! I still have access to the Planet Walk and its 6-foot wide path that enables me to enjoy it, with proper social distancing, with a dear friend.

*Note: The word “restoration” appears on the same page as restaurant (be still, my heart!) and restless. . .