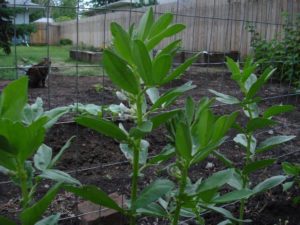 This week, it is six months since Bruce died. I started feeling strange about this when I noticed that the days of this week have exactly the same dates as that week in December: Bruce came home on Monday the seventeenth  and died shortly before midnight on Sunday the twenty-third. 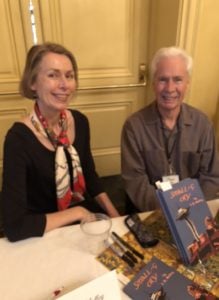 That week, as I’m sure you’ve guessed, was difficult, sad, frightening and powerful. It was the kind of week I hope not to experience very often because it was so incredibly draining of every physical, mental and emotional resource I had. And then, suddenly, the center of the world was gone.

No wonder I started this week with trepidation. But no two weeks are alike, are they?

I check my weight every Monday morning, especially the past six months because I’ve had trouble keeping it on. On February 4th I started writing down everything I eat to make sure I’m eating enough. Last week I thought I’d done really well, but on Monday I was down two pounds! Trust me, you do not want to weigh 110 when you are 5-foot-9.

Naturally I thought I was dying. That’s an easy thing to think when you’ve so recently seen someone you dearly love die. The doctor had me do a full blood panel, to be on the safe side. On Tuesday I picked up a reduced prescription of my medicine for hypothyroidism, which Doc believes will take care of the weight loss issue. P. S. I am not dying.

Tuesday, a family medical crisis erupted. I experienced panic in accordance with crisis rules, doubly so because I’m 300 miles away from where the crisis was happening. When you want to go somewhere fast, it’s tricky to be the only human in a household shared with a dog and four cats, three of whom need ongoing medical attention. In olden times I would have booked the first flight out and kissed Bruce goodbye at the TSA check-in. This Tuesday I thought “Oh.” While I have entrusted a nearby friend with a house key, I don’t have anyone up and running on house and pet sitting in the new place, including the recent pet medical needs. After additional panic I forced myself to think. Time to set in motion those small steps that lead up to having a sitter. Contact the regular sitter for availability. Contact friends for back-up.

Wednesday it was just plain hard to concentrate. I ran needed errands and kept my 2 PM massage appointment. I was so tight in some places I couldn’t even feel it, until fifty minutes of deep tissue work punctuated by the word “Ouch” began. My body was so relieved and worn out I went to bed two hours early.

I awoke to- -rain! Lovely, needed rain after weeks of twice-daily watering, and babying seedlings through 90+ highs. Two-tenths of an inch in all, enough to excuse me from watering for a day, at least.

Later that morning the medical crisis peaked. I’ll head over the mountains sometime soon but I don’t have to dash off right now. There’s time to type up pet sitter instructions, make sure there’s enough kibble in the house and do a walk-through on meds and feeding.

Thursday I also met with two delightful ladies who have engaged me to do my Matilda presentation at their PEO meeting next month. Among many subjects we talked about books (they loved The Nightingale but were dubious about Eleanor Oliphant is Completely Fine– – I encouraged them to keep reading). Doc and Hoosegow made it through their 4 PM vet appointments with a minimum of hissing and whining (mine), after which there was time for fun and adventure- -a trombone recital, part of the Walla Walla Chamber Music Festival. The venue was a winery (of course), The Wall, on West Pine Street. You can hear the artist, Weston Sprott, here:

Listening to live classical music put something back into me and just in time; so much has been taken out as of late. The trombone’s voice is reassuringly similar to a cello’s, the instrument I played in junior high and high school. I did not pair the music with a glass of wine but the aroma rising from other people’s glasses had a mellowing effect. It’s the first time I’ve gone to an evening entertainment by myself since Bruce died. By some miracle, I didn’t feel alone.

Six months ago today was the 2018 winter solstice. Today, it’s the 2019 summer solstice. So much has shifted in the interim: life as it was, illness, death, loss, coping, remaking life into the new normal (if there is such a thing as normal). Grief is ever-present but rarely dominates my emotional landscape. For this I am thankful. It’s not the same week as six months ago, not at all. This is fortunate because right now I don’t think I could handle a repeat.

Bring on the light! 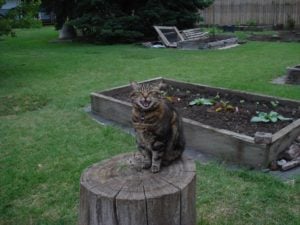 On six month week, Hoosegow greets the summer with a hearty meow!