This is a Stick 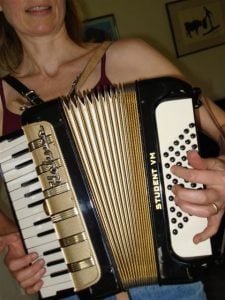 This is a stick. No, really!

If you’ve been on Facebook this week (I don’t blame you if you dropped out because you just can’t take it any more), you’ve likely seen a post about how people can’t agree on anything, with a photo of a stick temptingly captioned This is a stick.

Many have joined in playfully (no, it’s a branch! no, it’s a twig!!). I was tempted to point out that it’s really an amputated Ent finger (look it up if you’re not a J. R. R. Tolkein fan). The funny thing is, we’ve all been playing this is a stick for months now and not noticing it. Also a variation of the game: certain people have been telling us this is a carrot and whoa, whaddya know, it’s really a stick!

Lots of people have been having trouble with counting, too. Counting, as I understand it, is an objective activity that determines the actual number of things being counted. Don’t take my word for it, I only have 20 years’ experience as an accountant. Obviously I’m way behind the times; they weren’t teaching “alternate facts” when I was at University of Washington School of Business Administration. I don’t know about you, but I find “alternate facts” about something as basic as counting the number of people attending an event, which can be supported by real-time photographic evidence, downright silly. Maybe those kind folks in Washington, D. C., were just trying to make us laugh?

We play lots of silly games here in America, and I’m sure in coming months we’ll see many new games that no one ever believed could happen. This is all perfectly in keeping with the past year and a half. No one believed this could happen.

There’s a lot of nostalgic talk about the Good Old Days. Back when Big Band music ruled the airwaves, there was a bandleader named Kay Kiser (born James Kern Kyser, just so you know the facts). He created an act that combined music with a quiz show, Kay Kyser’s Kollege of Musical Knowledge, which aired on the radio in the 1930s and 40s. The heart of the quiz show was a game called “That’s right- -you’re wrong”. Kay would ask an audience member a series of musical questions to which they would answer right or wrong. He would then announce the answer, prefaced with one of the following:

I’ve longed to say all of these things to people’s various political assertions this week. Honestly, I’m growing convinced that some mean-spirited folks out there are deliberately trying to churn up lots of trouble between us that don’t really exist. In my worst fears, I wonder if we’re being played a game of misdirection, what magicians do to make their audience look the other way while they create their illusions. Ironically, the first misdirection phrase that comes to my mind is, “Look, an elephant!”

But hey, games are fun, right? For someone, anyway. In the spirit of 2017 shenanigans, I’m sponsoring a new contest inspired by Kay Kyser’s quiz show. The topic is USA civics instead of music.  Here we go:

Right or wrong: The US president makes the laws.

Wrong or right: The U.S. federal government seeks to act in the best interests of its citizens through a 3-branch system of checks and balances.

Right or wrong: The legal voting age has always been 18.

Wrong or right: The judicial branch of the Federal Government is the Supreme Court, period.

Send your “right” and/or “wrong” answers to the above to https://www.susandmatley.com/contact/  In the spirit of “alternate facts” all answers, whether right or wrong, will be entered in a drawing for a box of Bright’s salted caramels, made fresh daily in Walla Walla, WA. The winning entry will be selected, as usual, by cat. The contest closes Friday, February 17, 2017, 11:59 PM Pacific Time.

Good luck! And whatever you do, don’t let current events kill your sense of humor. At least, not permanently.