Three Things I Must Say 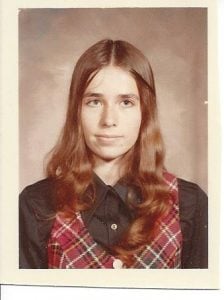 With less than three weeks to go until the end of the 2016 Presidential Election, there are three things I must say:

I was a victim of sexual assault when I was 13 years old. It happened at a party. The boy was 16 and had me in an arm lock when he did what he did (which fell short of the technical definition of rape, but not by much). I’d had very little experience with boys, knew nothing about sex besides what they taught in public school for an hour every three years or so. I had no real idea what he was doing, though it terrified me. Lots of other kids were around, but they were too involved with their own interests to pay attention, or maybe decided to ignore what was happening to me. I escaped from him, terrified, ashamed, not understanding what had happened or why. It was five years before I let a male person get close to me like that again.

Nearly 4 decades later, the person who’d assaulted me died. When I heard the news I felt a tremendous sense of relief, which was a shock in itself. Until that time, I didn’t realize how much the memory had haunted me. No one who has been sexually assaulted is comfortable reliving the event, and no one would bring it up for their personal gain. They go public to let the world know that it exists, that it hurts, and that it should not be tolerated by any decent society.

Voting in Washington State is done by mail. Four years ago, my husband received a ballot for the November 2012 election. I did not. We’d lived at the same address for five years and this had not happened before. I called the county clerk’s office to inquire.

I talked to a staff person, who said that my registration had shown up twice in their records. How so, I asked? The staffer asked if I’d recently married. No, we’d married six years ago. Had I ever had a different last name? Yes, but my voter’s registration card was in my present name. Was I certain I’d never had a last name that started with the letter F? No! I explained. I’m fifty-two years old, not suffering from senile dementia!

At this point I insisted on speaking directly to the county clerk.

In an effort to prevent voter fraud by cleaning up duplicate voting records, someone in the clerk’s office (they blamed it on a temp) had decided that, because another woman who’d recently moved to our town of 300 had the same first name and date of birth as me, we were the same person. Without asking a higher-up to look at secured information (social security number, place of birth, etc.), someone had decided this other Susan and I were one and the same and merged my voting records with hers! The county clerk was very apologetic and got a ballot out to me in that day’s mail. She called to make sure I’d received it a couple of days later, too.

I’ve been voting since I turned 18 (never mind how long ago that was). The one voter fraud prevention effort I’ve been witness to nearly cost me my right vote in the 2012 election. If you have the right to vote, I encourage you to exercise it. Also, if you live in a mail-in ballot state, keep a wary eye on your mailbox. People can inadvertently yank your rights out from under you without realizing it.

For most of us it will seem an eternity until this year’s election is over. We’ve been bombarded with not only negative but hateful, fear-provoking and divisive messages between and within political parties. The most disturbing outcome is how we are treating each other. Do you think our country might be a better place if no one squandered their First Amendment rights by posting and repeating every nasty thing to be found about the opposing side? Is it worth destroying friendships to have your say in a deliberately provoking way? People, we need to return to intelligent and civil discourse in our everyday lives. Sure, we’re being incited to behave like competing, vicious mobs, but we don’t have to take the bait! It is possible to resist the siren song of partisan hatred. It is possible not to fear people who are different than you are if you listen to your own heart and your own brain instead of political hype and hysteria.

You’ll likely lead a richer, more meaningful existence if you can soft-pedal your fears and let common sense take the driver’s seat. As Abraham Lincoln said in a speech so long ago, “A house divided against itself cannot stand.” This is paraphrased from the Bible. That’s two commonly-cited sources that say we suffer when we espouse hatred and division. The choice is ours. Unless we, as individuals, permit ourselves to create a day-to-day reality characterized by fear, conflict and divisiveness, it can’t happen. We. As. Individuals. That means you and me.