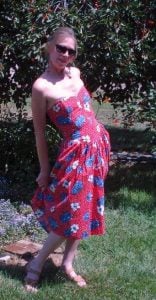 Voter fraud is again in the news. This compels me to share my own, true experience with voter fraud. I’m not interested in hype or speculation. I don’t think you would be, either, if a voter fraud campaign had touched your life.

October, 2012. We’d just returned from a music tour in Utah, an interesting place to be at that time because Mitt Romney, a Mormon, was the Republican presidential nominee. If you believe in the power of the ballot, as I do, you were not going to “sit out” this (or any) election.

A week’s accumulation of mail awaited us. My husband’s ballot* was amongst the bills and last-minute political flyers but there was no ballot for me. We waited a day or two, figuring it was a bulk mailing glitch. When my ballot failed to materialize, I called the Walla Walla County Auditor’s Office.

The first person I talked to was a clerk. He asked me for several pieces of identifying information, including former names, if any, and current mailing address. He hinted broadly that I was leaving something out, and at last asked me, in all seriousness, had I ever had a last name that started with the letter “G” and simply forgotten about it. I explained to him, forcefully and through gritted teeth, that though I was 52 years old I was not senile. I asked to speak to his supervisor.

My conversation with the county auditor revealed something of interest: the county was working against a tight deadline to complete an audit of the county’s registered voters, funded by a grant from The Pew Charitable Trusts. The audit objective was to identify and remove duplicate voter registrations, if any. Temporary staff had been added to help with the project. As much voter registration data is sensitive, not all staff members were authorized to view all fields of voter data.

What had happened to my ballot? My husband and I live in Prescott, WA, a town of approximately 300 souls. It so happened that two voters of the same gender, first name, birth date and year, lived in Prescott in October, 2012.

“I’ve met her!” I shouted. After the county auditor recovered her hearing, I explained that the other Susan had introduced herself several months ago when my husband and I were playing a show at the local bar & grill. One of the songs on our list was written in 1959, and I chimed in on Bruce’s introduction, saying that I remembered 1959- -the last two months of it. Right there in public I revealed my date of birth. The exact same as the other Susan’s! As she, also, was only 52, she probably remembered once having a last name that started with “G.”

It was relayed by the county auditor that a temporary worker, one who had limited access to voter data, had decided that Susan G. and myself were one person. Susan G. had married sometime during the year and changed her last name. Her mailing address was not at all like mine, but the temp decided that Susan G. was the “real” Susan because her last name and address had changed. You know how women are, always getting married and changing their names and moving. Yeah. Right. It was explained to me that, without having access to data that would have easily distinguished one Susan from the other (place of birth, social security number), the temp had taken it on herself to merge my voting record with Susan G.’s.

The county auditor and I eventually got my status as an individual voter straightened out. She was extremely apologetic. My replacement ballot arrived in two days, plenty of time to cast my valid and unique vote in the election.

The next time you’re thinking about voter fraud, I hope you’ll keep this true story in mind. A well-intentioned attempt to identify and delete duplicate voting registrations almost cost me my ballot. I don’t relish the thought of anyone fiddling with my voting record. Some time I’ll drop by the county auditor’s office and see if my voting record from 1978 through October, 2012, still exists. Do you think they’ll be glad to see me? Maybe I’d better take Susan G. along for backup.

*Washington State has conducted elections by mail, statewide, since 2011; prior to that, a 2005 law allowed counties to choose between either mail-in ballots or retaining polling places.