Truly Scary Reads for Any Age 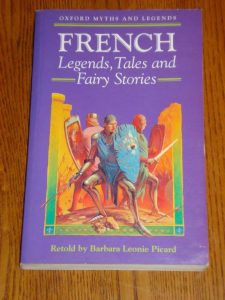 The scary read that inspired my first western horror story

A few people have remarked (some in a tone of disbelief, mingled with dismay) that I’ve written some pretty “out there” stories. Oh, really? What’s so strange about an immortal giant who disperses his molecules into a raised highway? Or little purple men, escaped from a distant prison planet, who haunt a Colorado mine? Or a man who takes an energy-boosting supplement with the active ingredient of dried, crushed maggots, and then- -oh, but that one isn’t published yet, so you’ll have to wait.

For “out there” fiction, I think it’s hard to beat the YA (Young Adult) category. Let me give you some examples: In the Shadow of Blackbirds (Cat Winters) and The Scorpio Races (Maggie Steifvater).

In the Shadow of Blackbirds is told by 16-year-old Mary Shelley Black. It’s a fascinating and freshly original story set in the apocalyptic year of 1918. Mary flees to San Diego to take refuge with her aunt, but can’t escape the growing number of bodies- -victims of Spanish Flu pandemic. The restless spirit of Mary’s boyfriend, allegedly killed overseas in World War I, appears to her as a shell-shocked specter. Spiritualist photographers prey on those who grieve. This book is outright scary as well as riveting and satisfying. When you look at the Blackbirds web page (http://www.catwinters.com/p/in-shadow-of-blackbirds.html), be advised: there are over two dozen items in the Awards & Recognition section.

The Scorpio Races is the dark, creepy tale of an annual horse race on a small, ritual-saturated island (presumably) off the coast of Great Britain. The horses are carnivorous “water horses” who come on land from the sea in October. They are caught and trained to race on the beach November 1. The race is as deadly as a battlefield and the horses are prone to attacking and killing other animals (including their riders). Puck, the young female narrator, enters the race and suffers much cruelty for breaking tradition- -she’s the first ever female rider and her horse is not a water horse. Sean, 19, champion racer and expert trainer of the deadly water horses, gruffly offers Puck his assistance. A bittersweet attraction grows between them as blood is liberally shed in the violent preliminaries that lead up to race day. http://maggiestiefvater.com/the-scorpio-races/

I’m tempted to print a bookmark advertising both of these titles. Then, the next time someone remarks about my “out there” stories, I can hand them a bookmark and, with a sinister smile, say, “Try one of these.”

Sweet dreams, and happy reading ‘til next time.