When We Are Settled 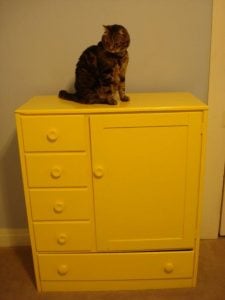 Two weeks into the moving process, my sentences abound with the phrase “When we are settled.”

Apparently I’ve been putting off a lot of things. Dreams deferred, as it were. In this particular category I’ve looked wistfully at my tap shoes and my cello, which now live in Walla Walla. A tiny voice inside says When we are settled I’ll look around for an adult tap class and a cello teacher.

On this week’s grocery run (a 40-mile minimum round trip from Prescott, WA) a wild thought crossed my brain. When we are settled, I’m going to self-publish my middle grade historical novel Mary Benton. I’ve queried 9 agents and 3 publishers, all of them painstakingly researched and carefully targeted (or, at least, as carefully targeted as this particular book allows). If you are not in the writing or publishing industry, you need to realize that this is not a lot of queries. Publishing is a land where rejections abound. But I believe in this doesn’t-exactly-fit-a-particular-market book and have come to the conclusion that I am the best person to get it out to the reading public.

Still, I haven’t given up on interesting agents in my new project, The Luck of Lily Adams. When we are settled I’m going to send out a boatload of queries for this tale, which is inspired by my own seventh grade experiences (1971-72). Or, as some would say, another middle grade historical novel. I’m still working on a final version of Lily Adams, partly contingent on the results of “Critics in the Classroom,” my method of collecting input from today’s seventh graders. I’ll wrap up “Critics” when we are settled.

I didn’t wait for us to settle before planting 3 tomatoes, 2 eggplants and a row of snow peas. But, when we are settled, the two beds of strawberries will be ripe for the picking. In order to settle post-harvest, we are still on the lookout for a new, efficient chest freezer, somewhere between 7 and 11 cubic feet.

This needs a bit of work- -when we are settled.

When we are settled, I’ll finish the three self-study continuing education programs that I need to complete before they expire in September. Though I haven’t worked as a CPA for decades, I suffer from the addiction of keeping my CPA license current. Why? Because it was so darn hard to get, back in 1985. Not that I plan to apply for work at any CPA firms. It’s complicated. When we are settled, maybe I’ll try to explain why.

Moving is an interesting process. Each time I pick up something to pack I think of its history and how it might be used in my future. Tap shoes, cello, the accordion I haven’t played in weeks (or is it months?). Other items are contemplated for the glowing future, especially boxes and files filled with research notes and manuscripts-in-progress. Furniture will be shuffled to different rooms and different uses. The child-sized armoire that’s been in my family since my sister was a baby will become Pet Food Central, with canisters of kibble in the hanging space, cans of wet food in the bottom drawer and toys, leashes, brushes and other dog and cat paraphernalia in the small drawers. I love this type of re-imagining! Also, figuring out where the pet food goes since we’ll no longer have a pantry was keeping me awake at night.

When we are settled, I won’t have to think about all this stuff.