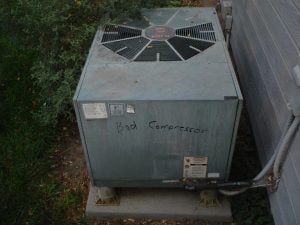 Like virtually everybody else in the American northwest, this week I am surrounded by smoke. Forest fires, wild fires, caused by nature and caused by mankind, rage all over the western states. In my corner of southeast Washington, wind blowing from any direction brings more smoke. North, south, east and west, the blue haze is everywhere. It looks like twilight at midday.

But. . .fire is not upon us here. Local fires are usually the result of a. harvesting equipment b. lightening c. really stupid people smoking cigarettes on top of haystacks while drinking. In fairness, it’s mostly a. and b. In Oregon, at a spot along the Columbia River, thoughtless teens threw firecrackers into tinder-dry forest land and walked away, indifferent. The Eagle Creek Fire jumped the Columbia River- -it’s a big river- -and now rages in southwestern Washington as well.

Unlike many who’ve been evacuated as a result of Eagle Creek, or the Jolly Mountain Fire in Washington’s Cascade range that’s rained ash on Ellensburg and Seattle alike, or the fires too numerous to name in the Oregon Cascades, Idaho and Montana, we are in our home. I can draw a glass of water from the sink. There’s electricity, so I can make coffee if I need an afternoon energy boost. I can write this blog on a computer that hasn’t been melted by extreme heat.

Of course, we do have the sun’s heat. This is, as I mentioned, southeastern Washington. We have many days of triple-digit highs in the summer. This generally ends in August, but not this year. This year we had a stretch of record highs over the past week, and I think I know why. It’s because our air conditioning compressor packed it in. Mother Nature has revealed her sense of humor once more, baking us in record heat without a/c.

My husband and I considered the situation. Two weeks until the replacement system- -which includes the furnace because every part of our integrated heating and cooling system is ancient and, therefore, incompatible with anything in existence- -can be installed. Record highs stretch into the indefinite future. Okay, so we’ll open the windows and doors, hope for a breeze, use the oven as little as possible when making meals. We can do this.

Then came the smoke.

Suddenly, inconvenience became a lock-down. Windows and doors are firmly shut. We go outdoors as little as possible and wear smoke masks when we do. Ditto for the pets (though they don’t wear smoke masks). Home resembles some ring of Hell from Dante’s Inferno, the ring that involves sharing the limited air supply with a dog and four cats. Everyone experiences fits of grumpiness during the day. Thank God for the Internet, which reminds us constantly and in great detail that half the world is in worse shape than we are. We still have a house to shelter in.

We’re supposed to get wind tonight and tomorrow. After consulting an updated fire map, courtesy of NASA, I hope it blows from the south because that’s where the fewest fires burn. I’m crossing my fingers for the 15% chance of rain Friday night and Saturday morning.

If you live in an area with fresh air, do this for all of us smokies: step outside, take a deep breath and say thank you. We will do our best to breath vicariously through you. If you live in a fire-embattled community, do what you can to help evacuees. And for those poor souls caught by Harvey’s flood, and those awaiting Irma’s whims as she spins through the Caribbean and rises toward Florida. . . .Wow.