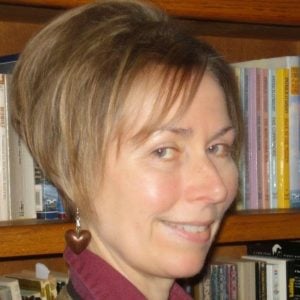 The desire to write began when I was very young. Did a fairytale read out loud by a babysitting grandparent spark the idea to write one of my own? Or maybe it happened when my big sister came home from kindergarten and improved on what Mom had taught me about the alphabet by showing me how to spell “cat” and “dog.” Useful words, these, as a change of the first letter makes all kinds of new words, words that rhyme.

Whatever the origin, a writer is what I’ve become- -after first being an actress, an accountant, a musician. Earlier still I worked retail and suffered a short stint as my dad’s legal secretary. Throughout, I’ve been an avid reader and there’s always been at least a journal-in-progress in my life, my sloppy cursive recording things real and imagined.

Evidence of a writer’s life is scattered around the house- -a copy of the 1968 Port Townsend Police Digest with my article about elementary school fire drills; a file cabinet stuffed with manuscripts; a desk stacked with drafts-in-progress and research books. I have a thick file folder of rejections (you haven’t “arrived” as a writer until you collect enough of these to wallpaper an average-sized bathroom). There’s also a thinner file of acceptances, including a contract with WolfSinger Publications for my first published book, Small-g City (released in 2015). Small-g now has a sibling, Big-G City (2016) and another, Beyond Big-G City, is due in 2021. 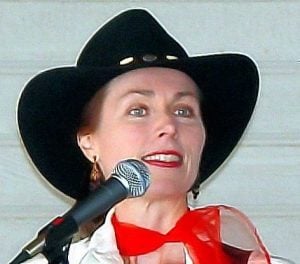 I write fiction, mostly. My fiction often takes a speculative turn, influenced by whatever it is that makes me love both the Chronicles of Narnia and the original episodes of The Twilight Zone. It’s exciting to map out a world almost like our own but for one small (or sometimes, big) twist that punts it into the supernatural.

I’ve sometimes dabbled in historical fiction, poetry and songwriting. The one framed certificate in my office is from Western Writers of America, honoring my song “Show Me, Mister” as a finalist for their 2011 Best Song Spur Award. Since launching this website (2015) I write a weekly blog. In 2019 I was joined in this endeavor by my inner 14-year-old, Lily, and in 2020 we became a trio thanks to the arrival of 9, my inner 9-year-old. They keep me honest!

That’s who I am as a writer. Otherwise, I’m:

*An enthusiastic portrayer of Matilda Sager Delaney, survivor of the Whitman Massacre (November 29, 1847), through the Living History Program at Fort Walla Walla Museum