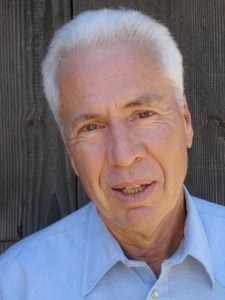 For the first time since I started this blog (this is #197), I missed the weekly posting not once, but twice. You might assume that I took a break for the holidays. Not so. I took a break to take care of Bruce.

Bruce Matley, my husband, the love of my life, duo partner, first reader and a really swell guy besides, passed away shortly before midnight, December 23. We’d learned on December 11 that he had Stage IV pancreas cancer, of such severity and with so many other organs affected that our only option was home hospice.

This news was not entirely a surprise. A CT scan on November 27 had revealed that something was terribly wrong with his pancreas and liver. A biopsy on December 5 confirmed this. Other news, that his GI system wasn’t working at all, arrived on Friday, December 14. Determined to make the best of what we’d been given, we decided to head home.

December 17 through 23 Bruce was home with me and our 4- legged kids. Hospice came through like champs, teaching me how to control his pain, keep him comfortable, and ease my fears any hour of the day or night. He was rarely without a cat on his hospital bed. The dog worked so hard taking care of Bruce he developed bags under his eyes. 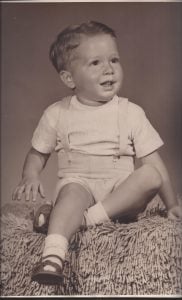 Bruce was born in Reno, NV, August 7, 1948. He was the first child of his parents, Wayne Matley and Alouise Hebert. His earliest years were spent on the Matley Ranch, where his grandmother and three of his uncles and their families also lived, each in their own house up and down the lane. The ranch was eventually taken by eminent domain and is now underneath Reno-Tahoe International Airport. This seizure sent each household off in an independent direction; the loss of the ranch was Bruce’s lifelong sorrow thereafter. In 2010, his song “The Ranch that I Can’t See” (on our CD Westerners) speaks to that sorrow. I’m thankful that we still have his voice. 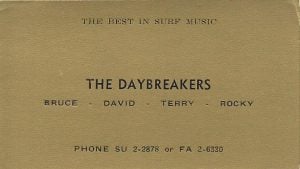 Music was always a part of Bruce’s life. His proud papa taught him to sing at an early age and he never stopped. Sorting out the things on his desk I discovered a business card from one of his teenage bands, The Daybreakers. Their motto: The Best in Surf Music. His other artistic pursuit, acting, began when he was 11 or 12. Bruce secured the title role in The Boy from the Green Planet at a theatre his dad was affiliated with. With younger brother Ken, he borrowed their dad’s 8 mm camera and made movies. In one sample that has been preserved, Ken is the stalwart and handsome leading man; Bruce directs and plays all the character parts. He was especially proud of figuring out how to make himself, in the role of the sinister magician, disappear into thin air.

Bruce as an Adult- -Part I

Bruce earned considerable academic credentials, with a BA, Masters and PhD in theatre. For many years he worked as a professional actor and often reminisced about his two seasons at Great Lakes Shakespeare Festival. He also worked as a theatre professor and director, eventually becoming department chair at Cornish College of the Arts in Seattle, WA.

At 40, Bruce decided on a change of career. He returned to school and earned another advanced degree. I won’t say in what, as the profession it qualified him for was one for which he developed an extreme distaste. He moved back to his home state of Nevada and pursued this new path for several years while, at the same time, growing and selling dairy-grade alfalfa. Eventually he quit the new trade and returned to music.

Bruce as an Adult- -Part II 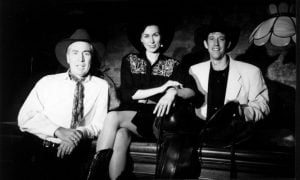 In the late 1990s Bruce moved back to the Pacific Northwest and settled in Port Townsend, WA. He formed a western music trio but lost the lady bass player early on and recruited me to replace her. Our first performance together, with the delightful Bill “Fiddlebone” Ham on (you guessed it) fiddle, was December 16, 1999 at a sadly gone venue, The Upstage. Eventually Bruce and I became a duo, then spouses. For more than a decade we performed under the name Nevada Slim & Cimarron Sue, racking up over 1,800 performances at fairs, festivals and private events throughout the western states.

Bruce as an Adult- -Part III 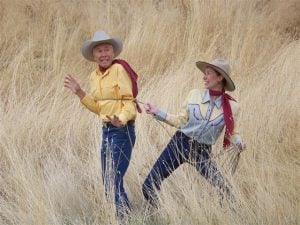 January 1, 2015, is the official date of our retirement from music. We were weary of being away from home so much, four or five months a year, and Bruce had the extra duty of driving and maintaining our tour bus (first a 1965 MCI, then a beautifully converted Prevost). The last two years we traveled in a nicely appointed Sprinter van. It was marvelous to drive but a difficult living space for two people who had to shower and look presentable for work for several days at a stretch on a 20-gallon fresh water tank. Our cowboy hats alone took up about 10% of the Sprinter’s interior cubic space! All three of our travel rigs eventually ended up with happy new owners, as did the small John Deere Tractor on our former 2-acre home in Prescott, WA, 17 miles north of Walla Walla.

Last May we moved in to Walla Walla. It took us two years to find the right house at the right price. The four cats and the dog are happy with the large back yard. We built fences, replaced garage doors, had a gas fireplace installed. Almost as soon as we felt settled in for the winter, Bruce developed excruciating pains in his abdomen and . . .

But aside from that, how did you like the play, Mrs. Lincoln?

As a couple, Bruce and I were happiest at home, with our 4-legged kids. We were private by nature, him especially, and I hope this blog, if he can read it from the Great Beyond, reveals only the things he’d like you to know. He faced his fate bravely and with humor, visited with both of his brothers, his sister-in-law, and many local friends, and still had the oomph to return my kiss a few hours before he died. So many kisses that last few weeks, so many professions of love. His leaving is a rotten turn of events, but since the very first hint of bad news, once shock after shock cleared, we’d look at each other and resolve to make the best of it. The best was to be together, and be home. The hospice folk, bless their skillful and compassionate hearts, made it possible. 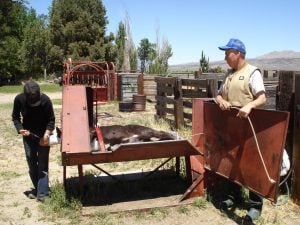 Branding late calves at the Flying Diamond J Ranch, Doyle, CA. With cousin Corinne Matley. We spent two months with Corinne and John “Skip” Matley on their ranch, summer, 2012. It was one of the happiest times of our lives.

I’m amazed and humbled at all the beautiful emails, phone calls, social media tributes and condolences that have appeared these past few days. I know Bruce would feel the same. Especially dear to me is the respect people have expressed for his talent, hard work and giving nature. If you’d like to do something in remembrance of Bruce, go out of your way to be kind, especially to animals (I once saw him rescue a caterpillar) and to people in need. If you’re feeling flush, send a donation in his memory to your local animal shelter, homeless shelter or hospice organization. Mentor those who seek what you know. Return your sweetheart’s kiss. I plan to host three memorial events in his honor, in Walla Walla and Port Townsend, WA, and in Reno, NV, though it’s a bit early for me to consider details and logistics.

Bruce was predeceased by his parents, his brother Douglas Matley and his sister Tamara Matley Carr. He is survived by me; our kids Doc Holliday, Grizelda, Friday, Piebald and Hoosegow; his brothers Ken Matley (Christopher) and Randy Matley (Susan); many dear friends who are like family and family who are friends. His biggest worry about dying was for other people- -his family, friends, our pets, and especially me. I believe he’s still here in spirit, watching over us and making sure we’re all okay, just like he always did.

In addition to his role as husband, first reader, duo partner and all the rest, Bruce gave me something amazing that I hadn’t recognized until recent events made me more introspective. Bruce lured me away from accounting to once again work as a performer. Then, when we retired from music, he gave me the space and support to be a writer. No one was more proud of my successes (well, he and Mom probably tie), no one more heartening when discouragement set in. He gave me the gift of becoming who I am supposed to be.

I saw something else, too. While he was in the hospital I watched him sleeping after a hard day of no food and an unsuccessful medical procedure and realized I LOVE EVERYTHING ABOUT THIS MAN. The biases of being a wife had slipped away; all I could see was Bruce as an individual. A beautiful and unique individual, perfect in many ways, flawed in others, but taken as a whole, perfect in himself. Bruce was Bruce. That was enough. 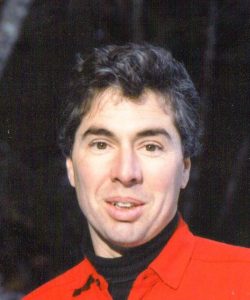