Back to School with the Person Inside 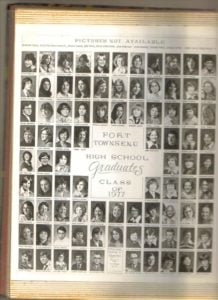 Sometimes the start of a new year prompts people to change something major in their lives. This time, I’ve really done it. Next Monday, Lily (my inner fourteen-year-old) and I begin our back to school adventure at Walla Walla Community College (WWCC). The subject: Spanish 121.

Me, too, Lily, and I’m happier than ever that you’re fourteen years old because that makes our average age thirty-seven, a nice, moderate age for not only pounding the brain relentlessly with a new subject, but doing this in a way we’ve never before experienced. Our textbook is titled Tu mundo, with something called “Connect Plus.” Tu mundo, I have just learned with the help of an internet translator, means “Your world.” Connect Plus is “an Educational Institution based software”; though I’ve worked on a computer for decades, the thought of taking a class with the help of one is daunting.

Hey, how hard can it be?

Realistically, I suspect it won’t be hard at all. This is much of what I’ve learned in the past year about tasks I’ve been reluctant to take on simply because I’ve never done them before. Somehow, I interpret anything new as being difficult.

Maybe it’s not difficult, though. It’s probably easy and interesting like all that other stuff you’ve had to do.

Ah, youth! For that matter, Ah, age, and how do we manage to put up all those resistances and barriers to change? For me, I think it started in the WWCC book store. Have you noticed that college book stores tend not to have books in them anymore? Everything is hidden away in another room, wrapped tight in shrink-wrap. In the store itself is mostly snack foods and WWCC Warriors sweatshirts. The mascot looks every inch a Viking, which I find confusing given local history.

Yes, Lily, that is good, especially considering I’ll be lugging my laptop with the 14” screen to class with me. Ah, for the good old days! Who among us doesn’t remember our juvenile backs being curved and contorted by hideously heavy history books or a Riverside Shakespeare?

You loved those books, though.

True. It was a badge of honor to dedicate oneself to learning something so heavy.

What would Bruce have thought of my new escapade? He probably would have been delighted (except for the price of the textbook that weighed in at $282.87, including sales tax). Years ago he’d ordered one of those Rosetta Stone Spanish courses, which he completed, but he never had much opportunity to use what he’d learned, except at the grocery store. In Walla Walla, the population is 17%+ Latino. For several weeks he tried his Spanish out on a very patient courtesy clerk named Monica on our shopping day. She hardly laughed at all when he pointed to a carton of eggs and referred to it as a carton of Thursdays. When she told him what had made her laugh, he laughed, too. 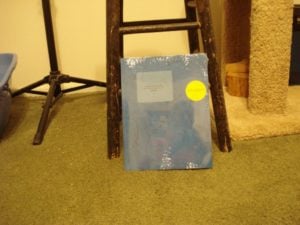 Perhaps he would have signed up for the class with me. He definitely would have drilled me about everything I was learning so he could learn it, too.

I’ll be learning with you, anyway.

True, Lily, and it will be good for both of us to spend some time around the other students to learn a little bit about how the world works today. Here we are in 2020, far beyond the future portrayed in 2001: A Space Odyssey, and I’m blanching at the thought of learning Spanish with the help of a computer.

Just call it HAL and you’ll be fine.

I come by it honestly.

So, Lily, me and HAL walk into a community college classroom, and . . . I’m not sure what the punch line is, but in 10 weeks it should be clear. For now, I’ll try not to worry about how the learning works and focus on the joyous fact that I will be learning something new.